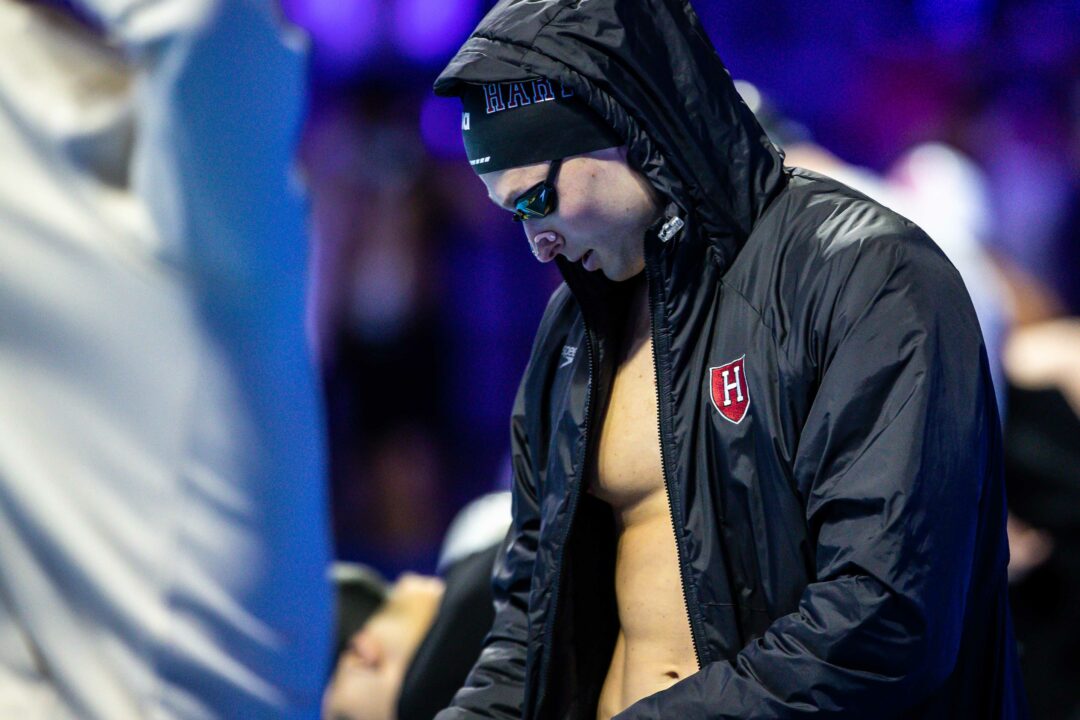 We came within a tenth of a second of seeing it take a sub-49 to make semi-finals of the men's 100 free, as Dean Farris took 16th in prelims with that time. Current photo via Jack Spitser/Spitser Photography

Meanwhile, the men’s 200 breast got a lot faster today, at least on the bottom end. The 2:13.14 from AJ Bornstein that it took to qualify for tonight’s semi-finals would’ve placed 9th in prelims in 2016. However, the top end was notably slower; last Trials, three men were faster in prelims than Matt Fallon‘s prelims-leading 2:10.13 this morning. The three men who were under that time in 2016 — Kevin Cordes, Will Licon, and Nic Fink — all earned a second swim today, qualifying 3rd, 5th, and 2nd, respectively.

It’s the first time the last event of the morning, the men’s 800 free, is being contested at US Olympic Trials, so we don’t have previous historical data with which to compare, but for posterity’s sake, we’ll not here that it took Jordan Wilimovsky a 7:57.11 to take 8th in prelims and secure a spot in the final.

Can’t edit for some reason but forgot to give my guess.
48.49

48.45 – what Coleman Stewart went this morning. Some of the lower end guys will be slower tonight I think. Dressel/Held/Adrian/Apple/Pieroni are the established guys that should make it through for sure. For the other 3, I’ll say Curry based on his prelims swim, Kibler based on having the pressure off with his Olympic spot already locked up, and one of Rooney and Farris will drop a big swim to sneak in for the other spot.

Neither Rooney nor Farris (the slow death of a meme) will make it. At this point, Rooney might have trouble finaling in the 100 fly.

48.3. Semis is going to be brutal with the depth in this event. It will likely be faster than finals.

Where’s the overreacting article? Loving those.

I’d be curious to see, but not motivated enough to do it myself, a stock chart of sorts for the heats/semi/finals for the last few OT with fastest, slowest, and median time.

Hard to say. Maybe bad training from the pandemic, maybe bad taper, or maybe just mentally given up after a rough 400.

Time makes fools of us all. Our only comfort is that greater shall come after us.
— Eric Temple Bell