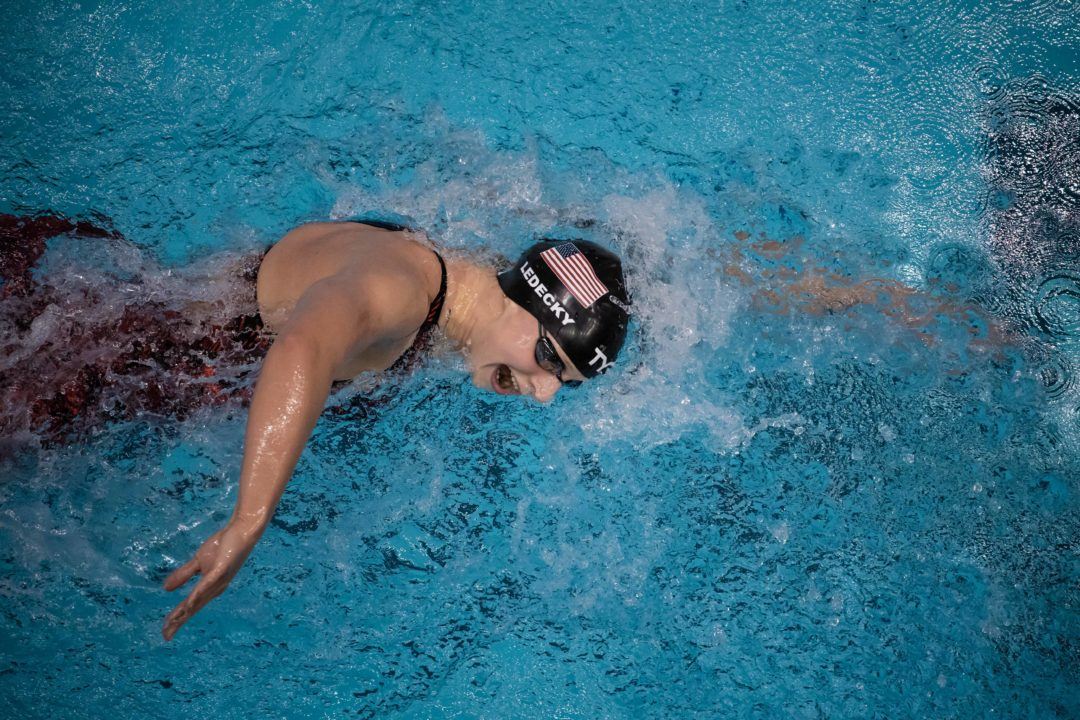 This year's field is missing some key players on the international stage, but you can still get excited for what's to come. Archive photo via Mike Lewis/Ola Vista Photography

We start this preview as all other 800 and 1500 previews have started since practically the dawn of Katie Ledecky‘s career: it’s not a question of if she’ll win, it’s just by how much.

Her world record time of 15:20.48 is fairly fresh, swum in the first race of her professional career at the May 2018 Pro Swim Series stop in Indianapolis. She was 15:38.97 at the 2018 Pan Pacific Championships last August, winning by over 21 seconds, but we know many USA swimmers struggled to hit their tapers at this meet with the travel schedule. She went 15:45.59 in January, good for the top spot in the world, and hasn’t swum it again since. With few data points, it’s hard to know how Ledecky’s season trajectory might look. At Worlds in 2017, she was 15:31.82, but had been 15:35.65 the month prior; she did post a quick in-season 400 last month, going 3:59.28 with presumably no rest.

While Ledecky might be starting to come down to earth (or rather, a select few are catching up to her level) in the 400, she remains untouchable in the longer distances. She really has no reason to go all-in on this swim, and from a spectator perspective, saving any fireworks for when she becomes the first Olympic gold medalist ever in the event might not be a bad idea. But you really just never know what Ledecky will do, time-wise. 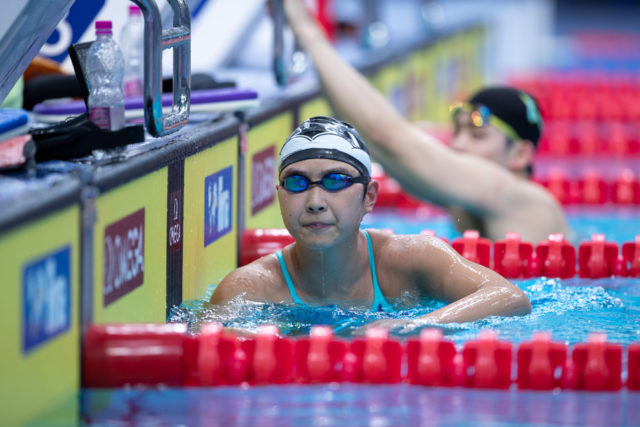 While Li Bingjie seemed, for a time, to be the queen of Chinese distance swimming – and perhaps even an heir to Ledecky on the world stage (at five years younger) – Wang Jianjiahe, 16, was SwimSwam’s 2018 Female Breakout Performer of the Year, and decidedly dethroned Li in the longer distances this spring. At the 2019 Pro Swim Series stop in March, Wang and Li went head-to-head in the 1500, with Wang coming out on top by more than 30 seconds. Her 15:46.69 Asian record is the No. 2 time in the world this year behind Ledecky, and a six-plus second drop from her previous best. She also handily defeated Li at Chinese Nationals in the 800 later in the month, also taking down the Asian record with an 8:14.64, a four-second from her year-old best time.

Italian Simona Quadarella has followed a similar trajectory to Wang as of late: at the 2019 Sette Colli Trophy in late June, the 19-year-old took six seconds off her previous PR to take down the meet record in 15:48.84. Ranking No. 3 in the world currently, Quadarella is also the third-fastest performer since Rio. Given that her drop was so recent, exactly a month before Worlds begins, it’s hard to see her getting much faster already, but she and Wang are in a class of their own compared to the rest of the field.

Notably, teenagers Delfina Pignatiello (the South American record holder) and American Erica Sullivan, currently ranked No. 4 and 5 in the world, will not be at the meet. Also absent from this field is American distance mainstay Leah Smith, who hasn’t logged a single 1500 this year. Because of these major absences, particularly those of the younger two swimmers, it’s almost more useful to just think of this race as a preview of what’s come in its first Olympic appearance next year. Ledecky should win the first Olympic 1500, but it will be the race for second and third that we’ll want to track over the next year, noting how Pignatiello and Sullivan might stack up to the Worlds field.

Regardless, leading the next tier of swimmers is American open water star Ashley Twichell, who already took sixth in the 10K to kick off her World Championships showing and make her first Olympic team in four tries. Twichell dropped 15 seconds in the mile from July 2017 to July 2018 (16:10.63 to 15:55.68). She’s only raced two 1500s this season, however, with the fastest coming in December at 16:09.80, and the other just six weeks later at 16:13.03. In March, she showed that age is no object, improving her short course 1650 by five seconds after three years of stagnation; that time converts to something in the 15:40s range. Regardless of whether she’ll drop quite that far, she’s a candidate to carry her momentum into a big swim. 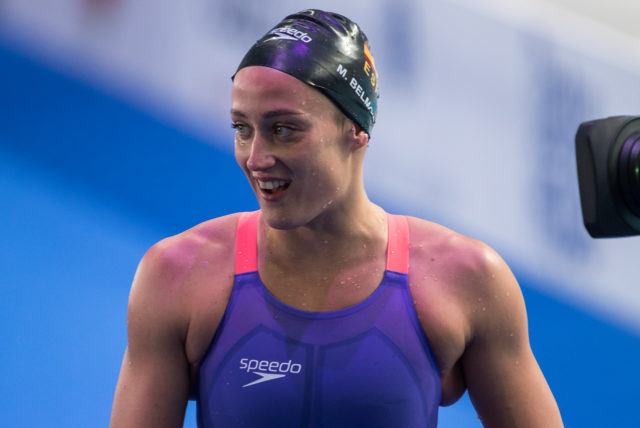 I wonder how good Ledecky would be in open water swimming.

I think she’s too high tempo for it. She doesn’t have that nice, easy stroke like Sun Yang.

Open water swimmers have higher tempo than 1500 swimmers. They need it, because of all the waves they’re fighting.

Ledecky would need to adjust her stroke for open water, but I imagine she could if she really wanted to do so.

U got nationality swapped on Belmonte & Melverton.