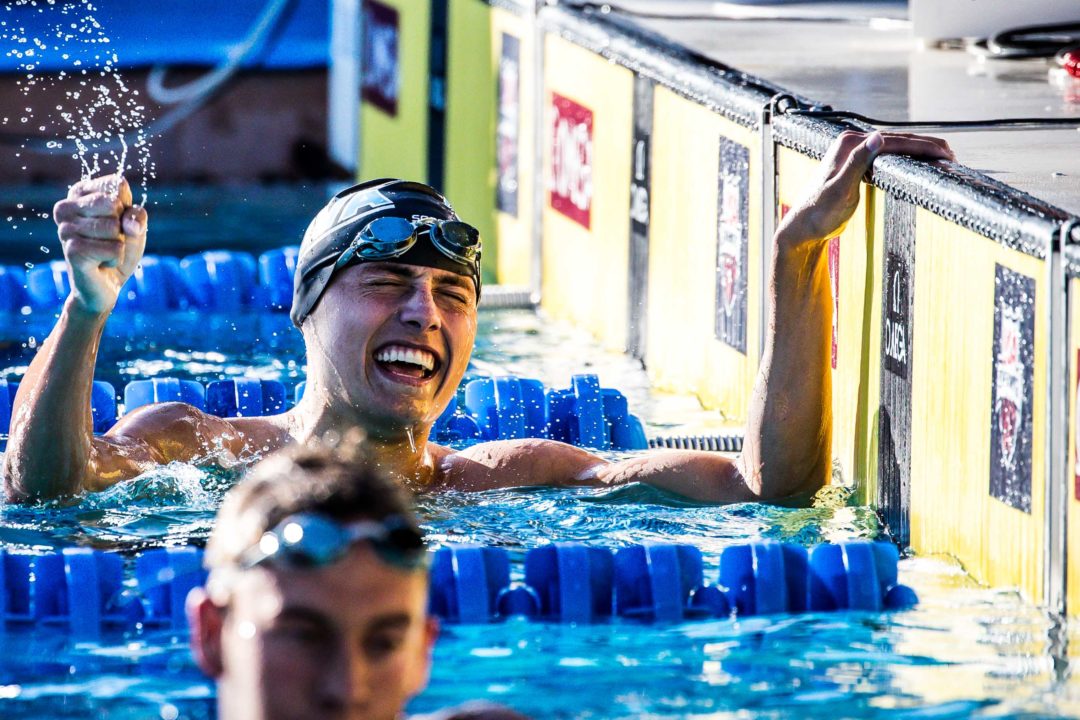 Tonight's finals will include the 400 freestyle, 100 butterfly, and the men's 800 freestyle relay, which will swim four heats in a timed final.

Tonight’s finals will include the 400 freestyle, 100 butterfly, and the men’s 800 freestyle relay, which will swim four heats in a timed final.

Tonight’s session will consist of only 16 heats and should be finished within two hours. The session will begin with the award ceremonies for last night’s 4 x 100 freestyle relays.

Lucy Bell swam a 59.90 at Nationals last week. Rachel Klinker’s fastest posted time is a 59.98. Hoping for a fast swim by everyone tonight.