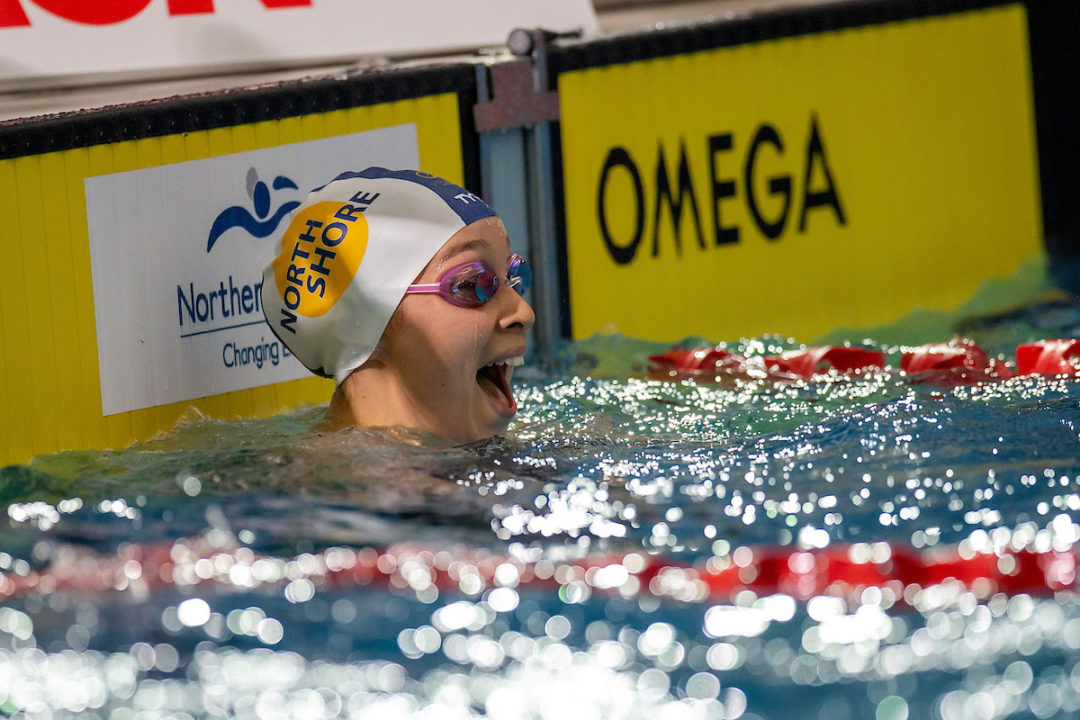 The highlight of night 3 of the 2019 New Zealand Open Championships came courtesy of Erika Fairweather, as the 15-year-old raced her way to a new lifetime best and World Championships-worthy mark of 4:09.33 to take 400m free gold.

Fairweather hacked almost 3 seconds off of her previous lifetime best of 4:12.10 notched just this past spring to check-in with a new New Zealand Age Record for 15-year-olds as well as punch her ticket to Gwangju. You can read more about her impressive outing here.

Behind her was Coast’s Eve Thomas, who collected silver in 4:11.74, registering a new New Zealand 18 Years Age Record with her effort this evening in Auckland. That time also dips under the development consideration time of 4:13.08 applied to females born 2000 or later. That means Thomas may also have a shot at Worlds qualification should any spots remain when all is said and done.

National record holder Helena Gasson fell short of Worlds qualification in the women’s 200m IM, but still produced gold in tonight’s final. She punched the clock in a time of 2:13.99 this morning, a mark sitting less than a second away from the FINA A cut of 2:13.03. But tonight she produced just 2:15.20, still enough to top the field.

The women’s 100m back saw a slight upset as 18-year-old North Shore starlet Gina Galloway denied a backstroke double from Ali Galyer. Galyer had taken the 200m back title on night 1, but Galloway took the gold this evening, clocking a mark of 1:01.47. That included a sub-30 opener of 29.87 for the teen on her way to a new New Zealand Age Record for 18-year-olds.

UCSD-bound Galloway’s time tonight marks the first outing under 1:02, as her previous lifetime best was represented by the 1:02.25 clocked last year.