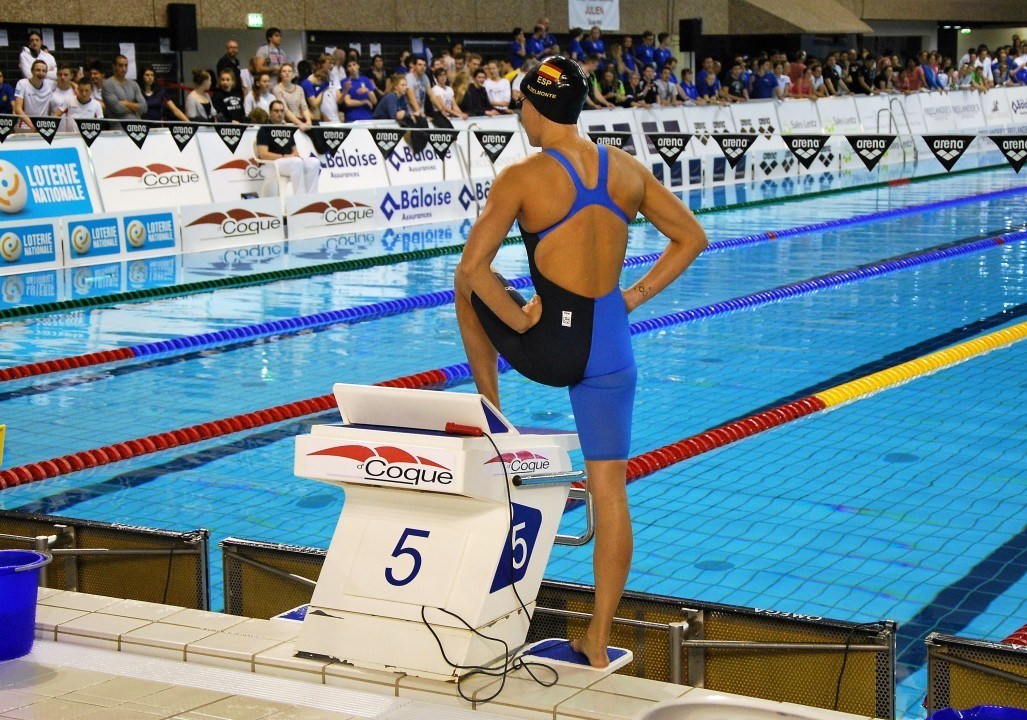 Mireia Belmonte went her fastest time since 2014 in the 200 IM. Archive photo via Daniela Kapser

Day 4 of the 2018 Spanish Spring Open saw no new automatic qualifiers to the European Championships team, but did see another Spanish National Record fall. Lidon Munoz, who swam the 50 free 3 times and the 200 free once today, set a new Spanish Record in the semifinals of the 50 free. Munoz had a best time of 25.31 going into the meet, which was also the Spanish National Record, and finished just off that time in prelims (25.33). In semifinals, which occured at the beginning of the finals session, Munoz dropped a full tenth of a second off her personal best, posting a 25.21 to establish a new National Record. In the 50 free final, which was the last event of today’s finals, she was a little bit off, going 25.48, but still managed to win by nearly half a second.

Despite setting a National Record in semifinals, Munoz didn’t achieve either of the qualifying standards for the European Champs team, however, as the National Record holder in the 50 and 100 free, she will surely be on the roster in those events. Munoz also came in 2nd in the 200 free, shedding .15 seconds off her personal best with a 1:59.84. Spanish Record holder Melani Costa (1:56.19) won the event with a 1:58.91. Esther Morillo broke the Spanish Junior Record again in finals, posting a 2:01.52.