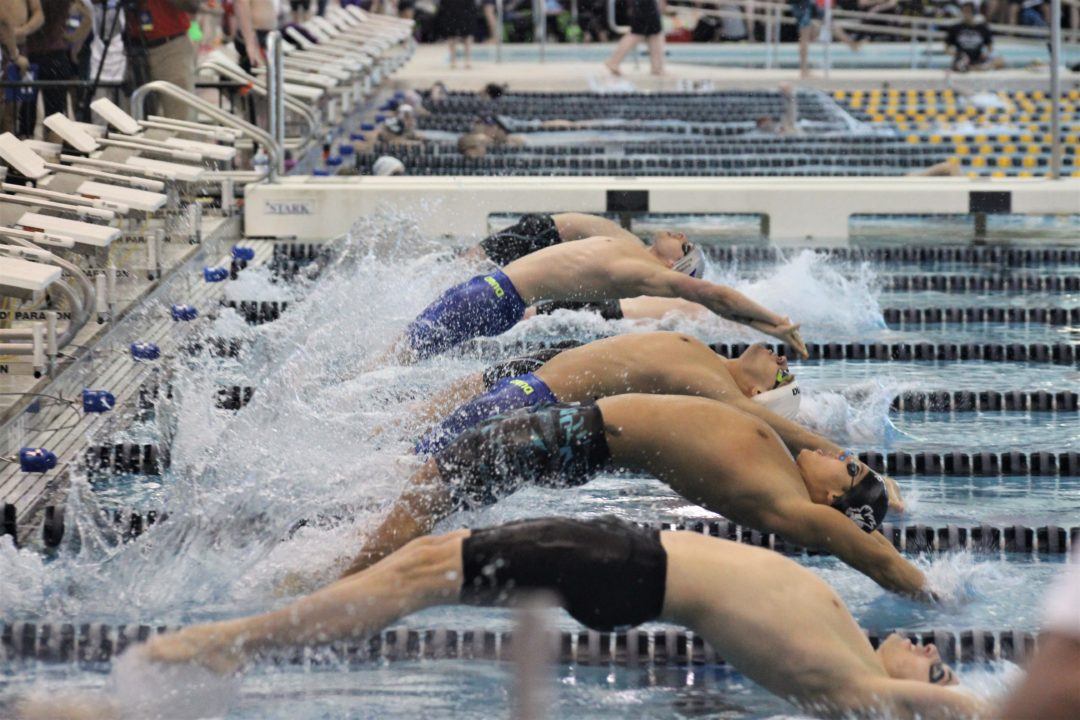 With the 2018 NAIA national title all but sewn-up by Keiser University, the battle for #2 is expected to be exciting on Day 4. SCAD picked up valuable points Saturday morning, while ONU gave nothing away. Current photo via Kristena Poll

Keiser University, who came in with the top seeds in nearly every event, has led all weekend and sits alone at the top, poised to win their first NAIA national title. The Seahawks loaded up with 7 up and 6 down, including 4 A finalists in the 100 free. (Which says a lot about their prospects in the 400 free relay at the end of tonight’s session.) SCAD saved its best for the last day; the Bees put 6 swimmers into A finals and 5 into B finals and outperformed their seedings by 20 points. This is notable because they trail Olivet Nazarene by 35 points and now have a legitimate shot at finishing second in the team standings. ONU didn’t give anything away in Saturday’s prelims, though; the Tigers were 5 up and 2 down, and earned 14 more points than the psych sheet would have predicted.

Loyola New Orleans outperformed expectations again, as they’ve done every day of Nationals. They were up 20 points, while West Virginia University-Tech improved by 15 over the psych sheet.