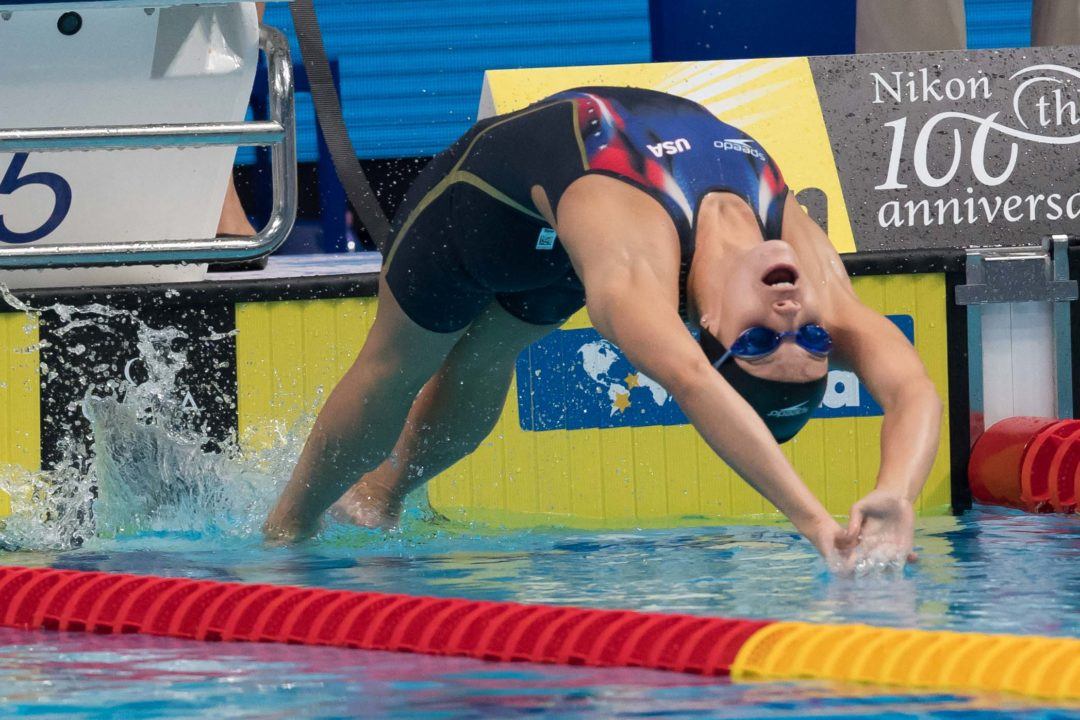 America took over the lead from Japan in terms of overall medals through day 2 of the 2017 World Junior Swimming Championships in Indy, courtesy of 2 women’s gold medals and a 2-3 finish in the men’s 100m breaststroke, among other top performances. Emily Weiss scored gold for the stars n’ stripes in the women’s 50m breaststroke event, while Regan Smith registered a new World Junior Record to take gold in the 100m backstroke.

For the men, Reece Whitley and Michael Andrew collected respective silver and bronze medal finishes in the 100m breaststroke behind winner Nicolo Martinenghi of Italy, who got his nation on the board on day 2. America’s Kieran Smith added to America’s haul with a silver in the 200m IM.

Argentina earned gold in the form of Delfina Pignatiello‘s victory in the women’s 800m freestyle, while Ireland earned its first-ever World Junior Championships medals to rank among the nations. Mona McSharry earned bronze in the women’s 50m breaststroke, while teammate Conor Ferguson finished with a silver medal in the men’s 100m backstroke.

Uh, I’m pretty sure Canada has two silvers and a bronze, not three silvers. Two relay golds, a silver in the 50 breast, and a silver and bronze in the 100 back.