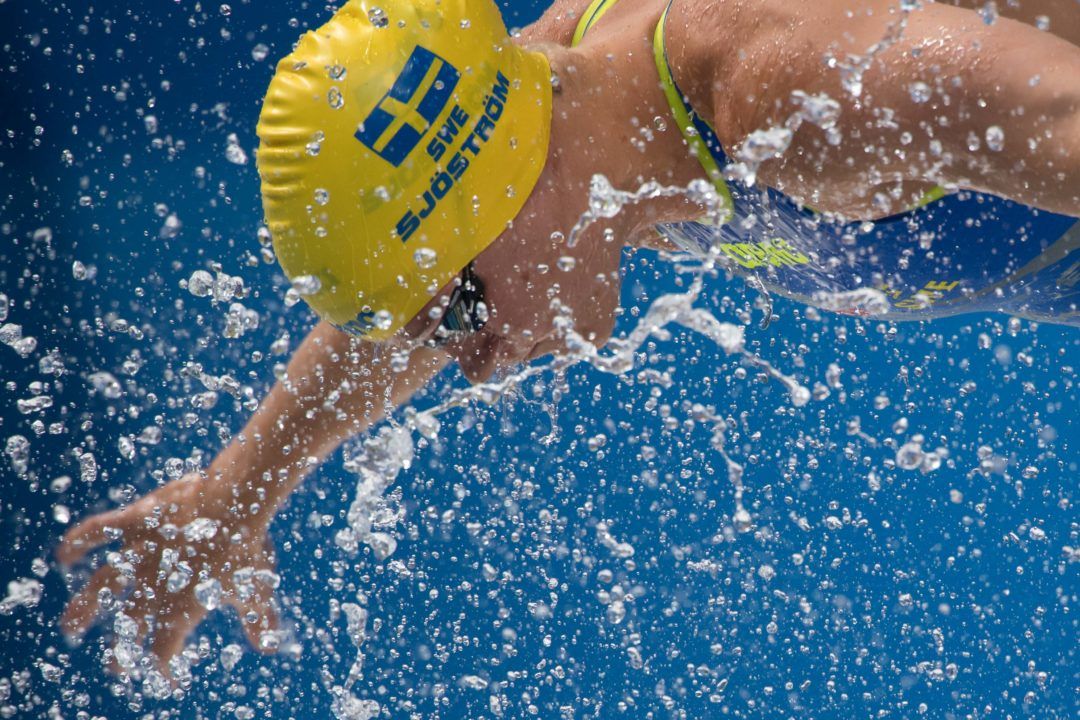 Benjamin Proud (GBR) qualified with the fastest time for the men’s 50m butterfly semifinal followed by Sebastian Sabo (SRB) in 22,54 and Aleksandr Popkov (RUS) in 22,48. Popkov won the bronze medal in this event two years ago in Netanya.

Luca Dotto (ITA) put up the top time in the men’s 50m freestyle in 26,44. Sergii Shetsov (URK) set the second fastest time in 46,94 ahead of Lorenzo Zazzeri (ITA) in 47,00. 2015 gold medalist Marco Orsi swam the sixth fastest time but can’t advance into the semifinals because two Italians were faster and only two swimmer per nation are allowed in the semis.

Femke Heemskerk (NED) and Veronika Andrusenko (RUS) earned the middle lanes in the women’s 200m freestyle final in 1:54,08/1:54,46. Sarah Sjöström, who is the SC world record holder in this event, did not swim her prelims race.

Sarah Sjöström started in the next event, the 100m butterfly. Sjöström and Marie Wattel (FRA) sit 1 and 2 for the semifinal, with Sjöström touching 1st in 56,05 and Wattel qualifying 2nd in 56,86.  “Iron Lady” Katinka Hosszu was a “DNS” in the 100m fly, she swam the 50m back already and also has the 200m IM on her schedule.

100m IM SC world record holder Vladimir Morozov canceled his start and it was Sergei Fesikov (RUS) who was the fastest man in the 100m IM ahead of Marco Orsi (ITA) in 52,13 and Kyle Stolk (NED) n 52,48. After missing out on the 100m freestyle semifinals, Orsi has a new chance to move into a final and swim for a medal.

Katinka Hosszu swam a 2:07,34 to qualify at the top of the field for the 200 IM final. Ilaria Cusineto (ITA) was clocked at 2:09,91 as the second fastest and Switzerland’s Maria Ugolkova advanced into the final with the third fastest time (2:09,96).

The Russian team set the fastest time in the 4x50m mixed freestyle relay. Also in the final are: Poland, Netherlands, Finland, Italy, Belarus, Germany and Denmark.

How come professionals are allowed to scratch events at Euros but my coach won’t let me scratch finals at the invite meet?

BOO Morozov! You make me sad scratching IM! 🙁
You almost broke the WR in the 50 free, why not test the 50-second barrier in IM?

Nyls korstanje is going to be big for NC STATE