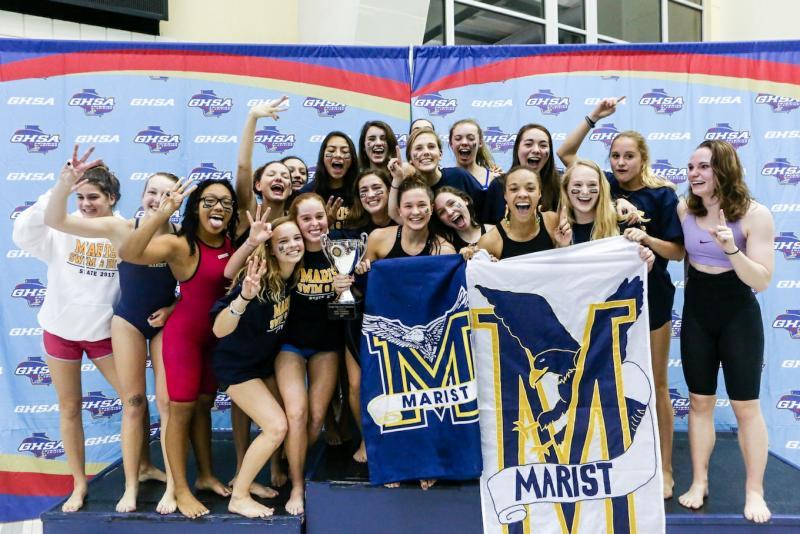 The GHSA 2017 1A-5A State Championships showcased a lot of future NCAA athletes set to join their new teams in the fall. The girls’ meet was tight with a lot of depth spread out among the 52 teams who competed. Only 10.5 points separated first from third place. The boys’ meet, on the other hand, had much bigger gaps on the podium. St. Pius X won by more than 50 points, while second place Westminster finished 50 points over third place Chamblee.  Chamblee was the lone school to finish on the podium in both the girls’ and boys’ standings.

Multiple incoming freshmen for the Georgia Bulldogs came away with wins. Donna Blaum, competing for Starr’s Mill, won the 50 free (22.86) and came away with a fourth place finish in the 100 fly (55.54). She actually had the fastest time of any competitor in the event in prelims (54.23), but couldn’t repeat the same speed in finals. Blaum’s future teammate, Danielle Della Torre, dominated her events in All-American fashion, coming away with state titles in the 200 IM (1:59.90) and the 100 free (50.16).

Future Berkeley Bear Elizabeth Bailey won the 200 free by a single tenth of a second (1:51.11), holding off a field of talented underclassmen who finished second through sixth. Bailey later finished second in the 100 fly (55.34). LSU signee Raleigh Bentz, who is the little sister of Olympic gold medalist Gunnar Bentz, won the 100 back (54.66) in a tie with Allie Paschal. Bentz also finished third in the 100 fly (55.53).