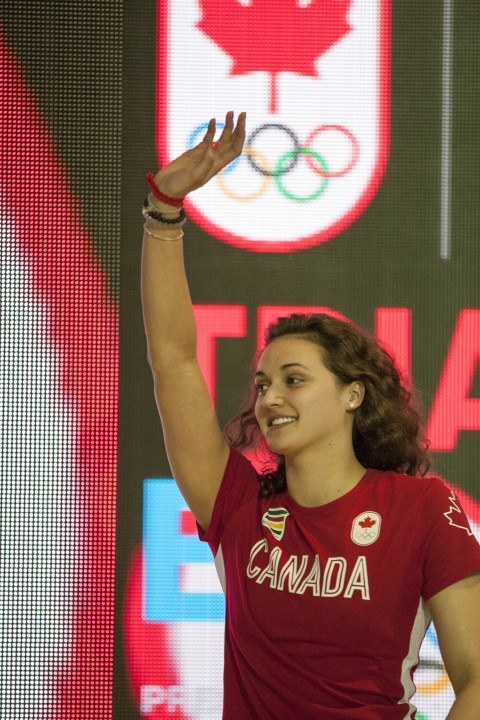 The 2017 OUA Championships hosted by the University of Toronto will be taking place this week showcasing the best university teams in Ontario as well as some of the best athletes including 2016 Olympic bronze medallist Kylie Masse. Archive photo via Chris Tanouye/www.christanouye.com

The 2017 OUA Championships hosted by the University of Toronto will be taking place this week showcasing the best university teams in Ontario as well as some of the best athletes including 2016 Olympic bronze medallist Kylie Masse.

On the men’s side, besides Toronto, the University of Ottawa looks to be the team to beat. They’re currently ranked ninth in U Sports and second in the OUA. If Toronto is able to win as expected, the real battle will be for second between Ottawa and Western. Western is ranked 11th this season in U Sports and third in the OUA. Throw Guelph and Waterloo into the mix and there are a couple teams that could crack the top three.

The Toronto women are largely expected to win the OUA Championships as well, but second place is largely up for grabs. Currently, Laurier is ranked 12th in U Sports and second in the OUA. They’ll need to take down strong teams such as Western, McMaster, and Guelph if they want to remain second in the division. Queens, Laurentian, and Ottawa will also be in the mix to put up a fight.