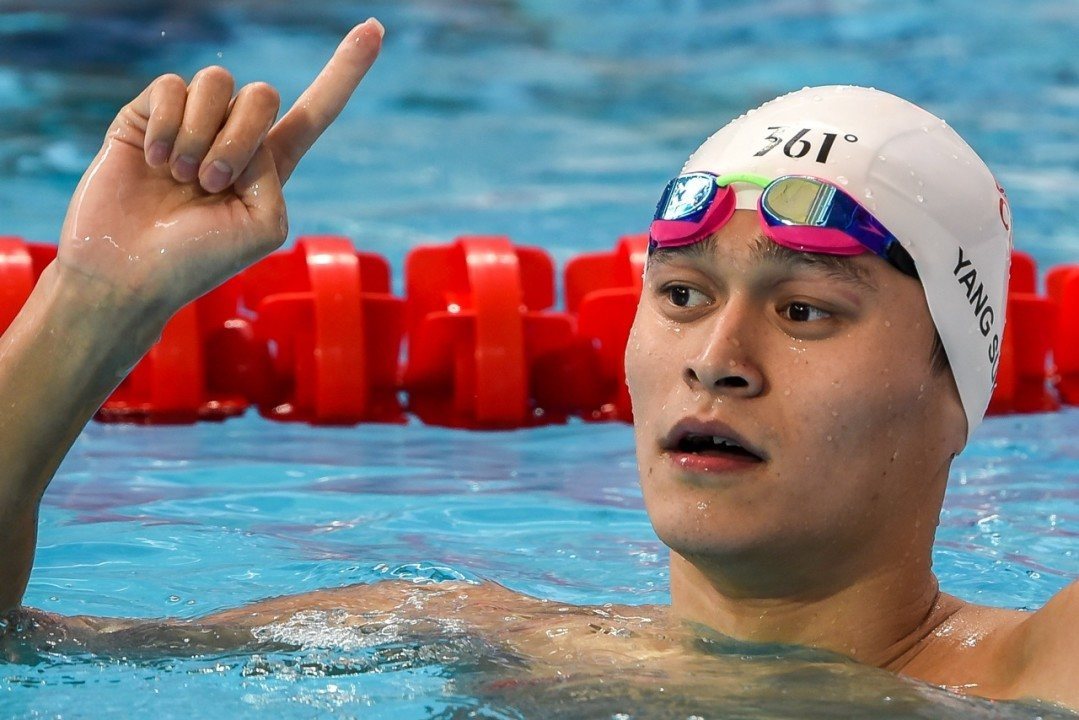 Sun was a double gold-medalist at Worlds, and nearly pulled off an impressive sweep of the 200, 400 and 800 frees. Archive photo via Peter Sukenik/www.petersukenik.com

It’s an odd year for China’s Sun Yang to win this award, given his most-talked about race of the year was the one he failed to show up for.

The world record-holder was a no-show in the 1500 free at the 2015 FINA World Championships, citing a heart problem during warmups as rumors swirled about an altercation with a female swimmer in a warmup pool during prelims (an incident the Chinese swimming federation and FINA said was unrelated to his late scratch).

But that craziness aside, what’s maybe most impressive about Sun’s year was that he earns this award even despite a chaotic situation that left him without a swim in arguably his best event.

Sun was a double gold-medalist at Worlds, and nearly pulled off an impressive sweep of the 200, 400 and 800 frees. Sun was just .06 out of gold medal status in the shortest of those races, a distance man swimming right in the hunt with swimmers focused much more on the middle distances.

His 400 and 800 times (3:42.58 and 7:39.96, respectively) were dominating, and wound up leading the world rankings by respectable margins. Meanwhile, Sun’s three medals made up nearly a quarter of China’s total in the pool, and his home nation sat solidly second in the overall medal tally at meet’s end.

I do have to agree with Mark’s comment on this topic. There at least two atheltes on this list that shouldn’t be on there no matter what they may have achieved this past year.

There must be somewhat of a formula as FINA has one to award this or college swimming doesn’t get real consideration as not all can easily participate. However, looking at the list above, Joseph Schooling would be my pick.