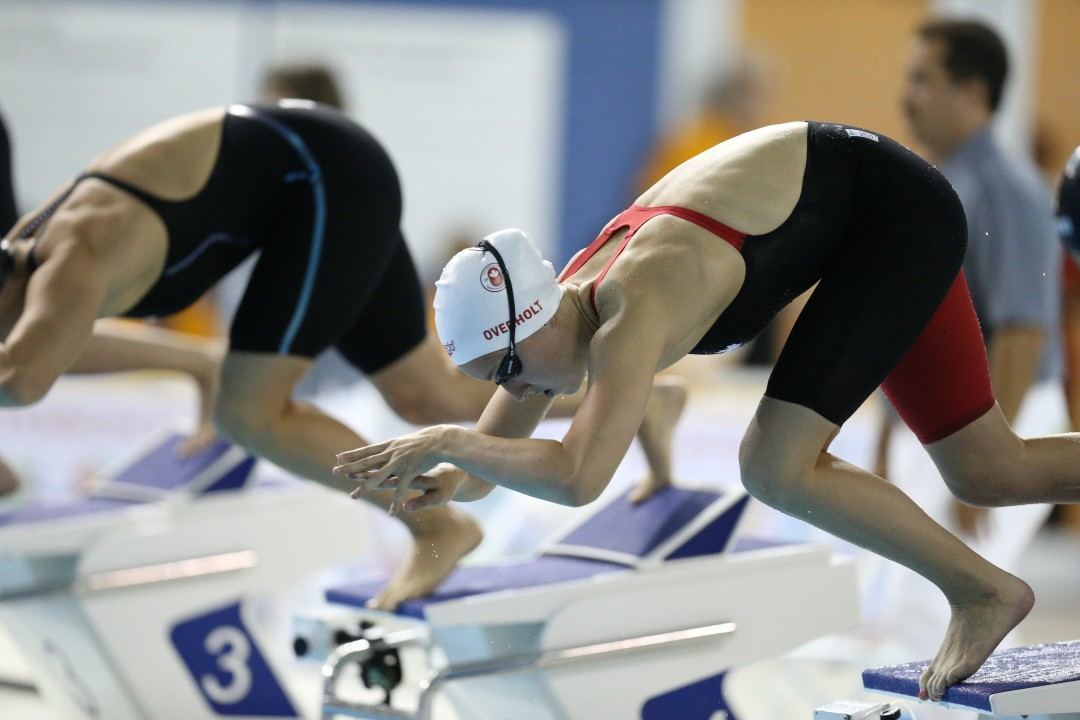 Just 17 at the time, Overholt earned three Pan Ams medals, tied for the most among Canadian women and second on the entire Canadian team behind Santo Condorelli. Archive photo via Chris Tanouye/www.christanouye.com

Canada’s swimming program had a stellar 2015 Pan American Games in front of a home crowd, and maybe no swimmer was more exciting than young star Emily Overholt.

Just 17 at the time, Overholt earned three Pan Ams medals, tied for the most among Canadian women and second on the entire Canadian team behind Santo Condorelli. Even more impressively, Overholt would have had a fourth overall medal had her gold-medal swim in the 400 IM not been wiped out to a DQ.

That swim also would have netted Overholt a Canadian national record, but as it was, she left Toronto with a gold in the 400 free, silver in the 200 free and bronze as a part of the 4×200 free relay, putting up the fastest leadoff split in the pool at 1:58.83 – that time was the second-best overall split in the entire race, even beating out every swimmer with a relay start besides Olympic champ Allison Schmitt.

But what really earns Overholt this honor is what she did a month later at the 2015 FINA World Championships. Getting a second chance to take on the national 400 IM record, Overholt ripped off a 4:32.52 to smash the Canadian record by three seconds plus.

That swim earned Canada’s only medal on the women’s side, taking third overall. Most importantly, Overholt’s world-level success as a junior is a great sign for the nation’s swimming future.