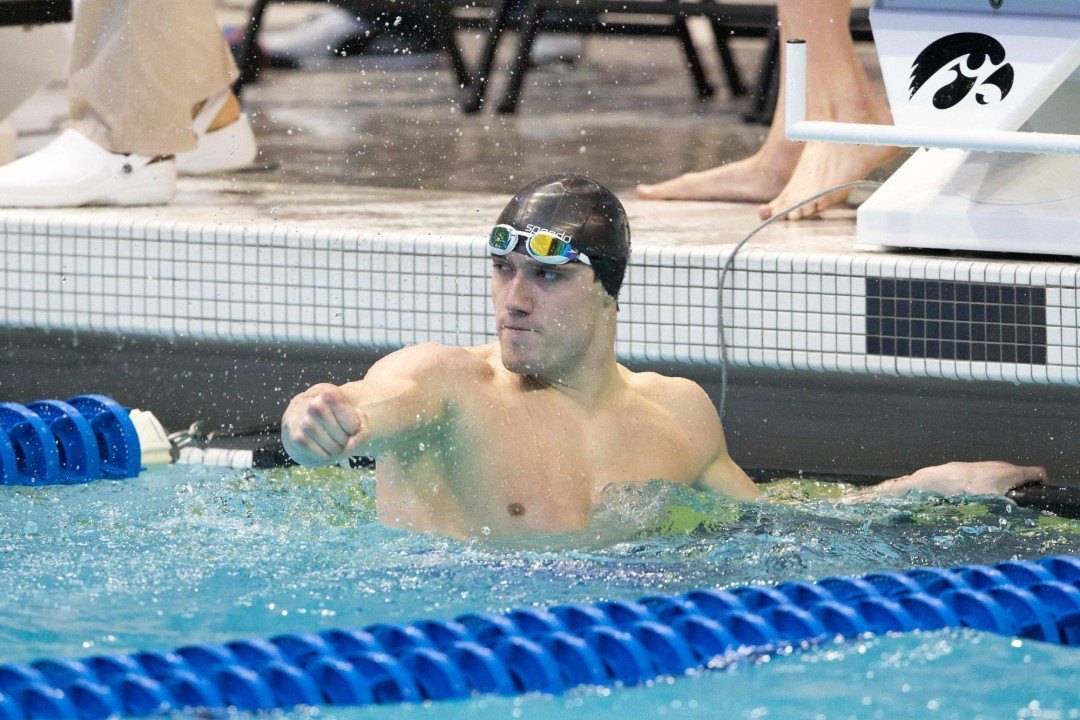 After the day one prelims an idea of who's going to take the lead after tonight's finals has emerged, and it seems as though Sam Lewis and the Longhorns are going to be up big on Cal. Current photo via Tim Binning/TheSwimPictures.com

After the day one prelims an idea of who’s going to take the lead after tonight’s finals has emerged, and it seems as though the Longhorns are going to be up big on Cal.

Note: all results do not include diving

The Longhorns are set up to take 50 points in the 500 freestyle. They’re also projected to score over 25 points in every single event besides the 50 freestyle. They faired up extremely well against the psych sheets which should put them in a fantastic position if they’re able to maintain a similar picture tonight.

Cal had a great prelim session and based on that is sitting second behind Texas. They swam very well on the relays, especially the 400 medley relay where they took the top seed heading towards finals. Cal also came up big in the 200 IM where they locked in two swimmers in the ‘A’ final and two in the ‘B’ final.

Florida should be close to Cal tonight based off their prelims performances. They’re supposed to put up 116 points tonight. Caeleb Dressel was a huge part of their effort, taking the top seed in the 50 free and helping the team in the 200 free relay.

No Live Stream for finals??? Break out the pitchforks and torches?

Guys – the Iowa site indicates it will be streaming finals tonight.

Finals will be streamed tonight:
http://www.hawkeyesports.com/collegesportslive/

ESPN is doing finals for days 2-3. But It looks like the same feed as this morning (such as it is!) will be doing Finals tonight. Same setup as last week with Women’s NCAAs