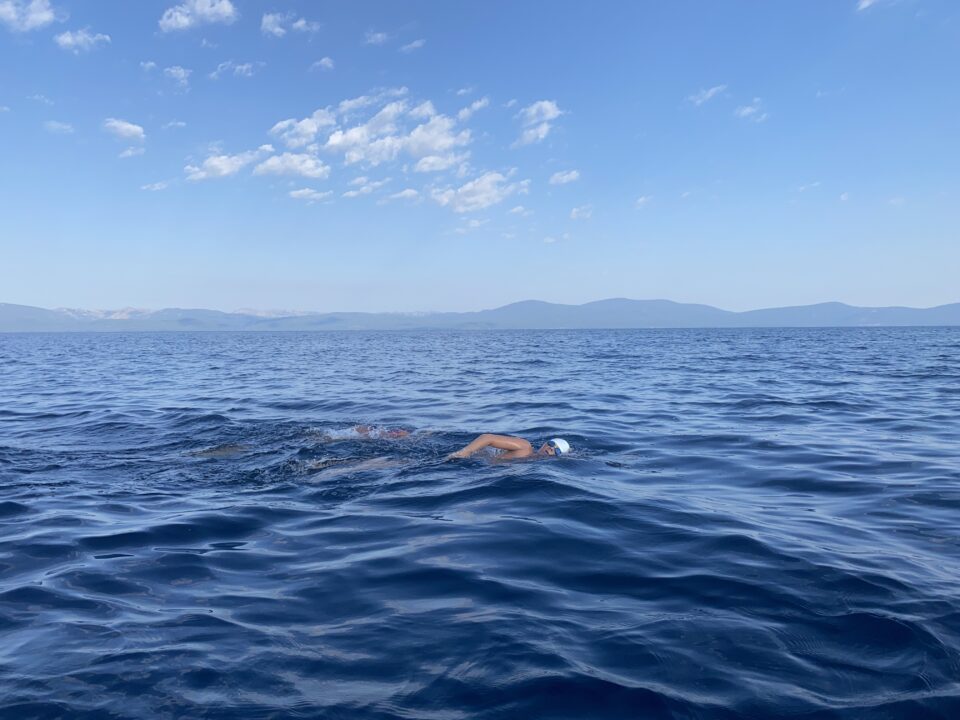 14-year-old James Savage has successfully completed a 21.3 mile swim across Lake Tahoe, becoming the youngest person to ever do so. Current photo via Erik Savage

With his feat, Savage also becomes the youngest person to complete the Lake Tahoe Triple Crown, which is a series of 3 different swims across the lake including:

The previous world record for the youngest person to complete the circuit was held by 15-year-old Angel More, who completed the 21.3-mile swim back in 2018.

Last year, at only 13-years-old, Savage completed the 12 mile Godfather Swim, becoming the youngest person to ever swim that distance. At the time, he said he was planning to attempt the Lake Tahoe Length swim during the summer of 2021.

Savage completed his most recent attempt beginning at midnight on August 1, and finished in 11 hours, 53 minutes, and 3 seconds, swimming until almost noon. In order to complete the attempt, Savage swam from Camp Richardson to the Hyatt Regency in Incline Village, Nevada, and was not allowed to gain support from any of the vessels or crew that accompanied him on the trip.

“Even though this was my hardest swim, it seemed easier than some of the others because I went into it better mentally prepared. I knew I had a goal, and that was to finish, and I would just have to deal with anything that came my way,” said Savage.

“A lot of big swims take a lot of physical training to accomplish but I train hard daily so there wasn’t much I had to do differently to train for this. Mentally training was a different story. Even though you’re out there with a big crew around you, you’re still out there alone and the crew can’t really help you in that aspect. That is something you have to be prepared for on your own.  It was a great swim though and I felt great throughout the entire 21 miles. There is absolutely nothing I would have done differently. I left everything.”

“As for my next goal?  Not quite sure what’s next on the agenda. I guess we’ll just have to wait and see what looks fun.”

Great Job James. We are proud of you. You never cease to amaze me.

Word on the street he’s a savage.