Our 14 Favorite Underwater Photos from 2014 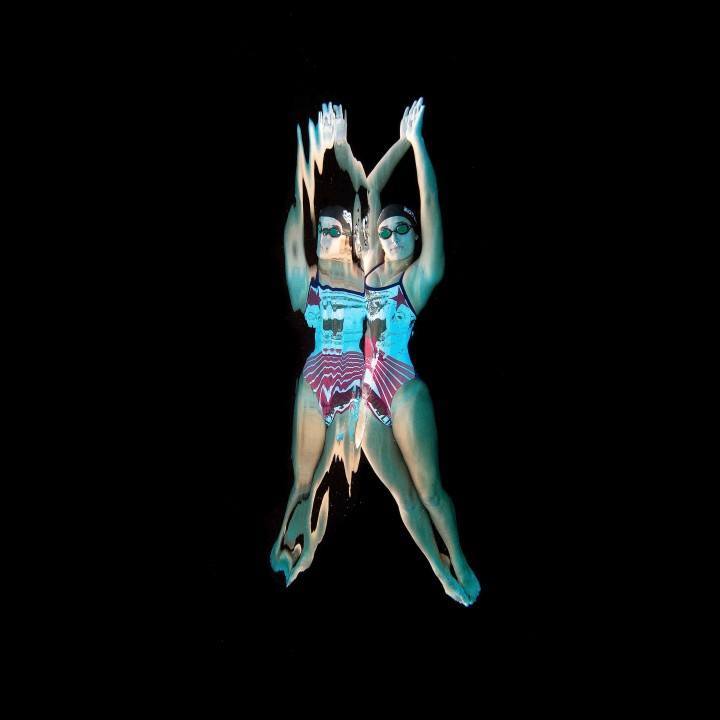 It’s the end of another year and we sat down with SwimSwam photographer Mike Lewis and selected 14 of our... Current photo via Mike Lewis/Ola Vista Photography

It’s the end of another year and we sat down with SwimSwam photographer Mike Lewis and selected 14 of our favorite underwater photos from 2014. If you’re a regular SwimSwam reader you probably know Mike’s work and here he gives us bit of behind the scenes 411 on these shots.

U.C. San Diego alum Nick Korth shot for HardCoreSwim in late November in Southern California. Nick and the HardCoreSwim crew were a blast to shoot with – they had some fun designs and everyone on their marketing team kept the energy going all day (photo: Mike Lewis, Ola Vista Photography)

This was a very fun time shooting the kids for A3 Performance. The challenge and the excitement comes from never knowing exactly what the kids will do when they’re in the water. (photo: Mike Lewis, Ola Vista Photography)

I always enjoy shooting with Anthony Ervin. He brings a lot of good energy to the sessions and knows how to keep it fun. In our pre production meetings I mentioned to the team at FINIS that shooting Anthony in formal wear would be a cool concept. They were game and ran out that night to a local thrifty shop and picked up this great suit. (photo: Mike Lewis, Ola Vista Photography)

Grabbed this image of master swimming hall of fame’r David Guthrie during his time in California last year. David is really committed to working on his technique and it was evident underwater. (photo: Mike Lewis, Ola Vista Photography)

Made this shot with Roy Burch in Charlotte at Queen’s University. We were working on the FINIS catalog and Roy new there’d be perfect light in one corner of the pool (he does a bunch of cool stuff with his GoPro during the SwimMac training sessions – see his instagram @roy_burch ) (photo: Mike Lewis, Ola Vista Photography)

This shot was made with my camera mounted at the bottom of the pool during finals of the 100 back at the USA Swimming summer nationals (Michael Phelps center). The camera is placed in a protective housing made by Aquatech and fired remotely using a cable that runs up to the deck. I did some trial and error shots during the break when we did the set up to find the best location for the camera rig. (photo: Mike Lewis, Ola Vista Photography)

Connor Jaeger is very cool guy and was really easy to work with. We made this shot for Arena after the finals at the Minneapolis Grand Prix. Connor had just finished winning the 500 free and we were both a little tired but we still had a good time making some images for Arena USA in the dive well after the meet had ended (photo: Mike Lewis, Ola Vista Photography)

This shot was made at Davidson College in North Carolina with Michael Andrew for P2Life. It was an honor working with this young swimmer – he’s got a good attitude and focus (photo: Mike Lewis, Ola Vista Photography)

Got a chance to shoot with Olympian Alex Meyer during the off day at the 2014 USA Swimming Open Water Nationals in Santa Clarita. Alex and I had some good laughs throughout the session – he was relaxed after making the Pan Pacs team the day before. (photo: Mike Lewis, Ola Vista Photography)

Got a chance to work with David Plummer for a shoot for BlueSeventy. David is great to work with and we had a fun time squeezing in some shooting during one of his off days last spring (photo: Mike Lewis, Ola Vista Photography)

Made this shot of Canadian Olympian Hilary Caldwell during the Victoria Academy of Swimming’s training camp in Coronado California. This was at the end of the workout as the team completed a series of race pace 50’s (photo: Mike Lewis, Ola Vista Photography)

This shot was made mid summer in La Jolla, California. The swimmers were just getting ready to jump in the water when their shadows cast long down the wall. (photo: Mike Lewis, Ola Vista Photography)

The Ervin shot in a suit gives rise to a new “dash for cash” event – the Formal 50 done in a full tux with tails, maybe a top hat (at least for the start).

Who is the cover photo? That is one of my favorite.
Curious if that Michael Andrew shot has a fisheye lens, or just an odd perspective. His hand looks about 20 inches long.

Hi Floppy, the cover shot is a young woman model from UCSD (not one of their swimmers) who was brought in by HardCoreSwim for their photo shoot. Not being a competitive swimmer she nailed the direction for the shot – I wanted the models to arch up at the hips as they came to the surface – most competitive swimmers hold the streamline too tight.

The shot of Michael Andrew is distorted due to a the use of a wide angle lens (not a fish eye) and the perspective. For this shot I was having him swim super close to me – in fact he swam right into me on a couple of takes which was expected. I knew… Read more »

Roy Burch kills those underwater shots. I would put any of his at the top.

I wish these(and other) pics could be cropped to fit for mobile site viewing!

Awesome pics by Mike Lewis. The best swim photos ever.

How does Mike achieve the look of the water being black in some of these? I’m baffled.

Hi Mr. Interested, the black background is established two ways: 1) in some photos I am using an underwater flash for exposure. In these shots I am setting my camera to expose only for the flash and keep the ambient light as dark as possible, 2) in other shots, such as the one of Nick Korth streamlining vertically, I am shooting against a very large black backdrop that is hung on the wall of the pool. Thanks and I hope you have a great 2015…

I follow you on insta and I love all your pictures. So inspiring. Being that it is the new year, I can’t help but wish I could buy a calendar with your fabulous pictures in it 🙂 Thanks for sharing your pictures with us!