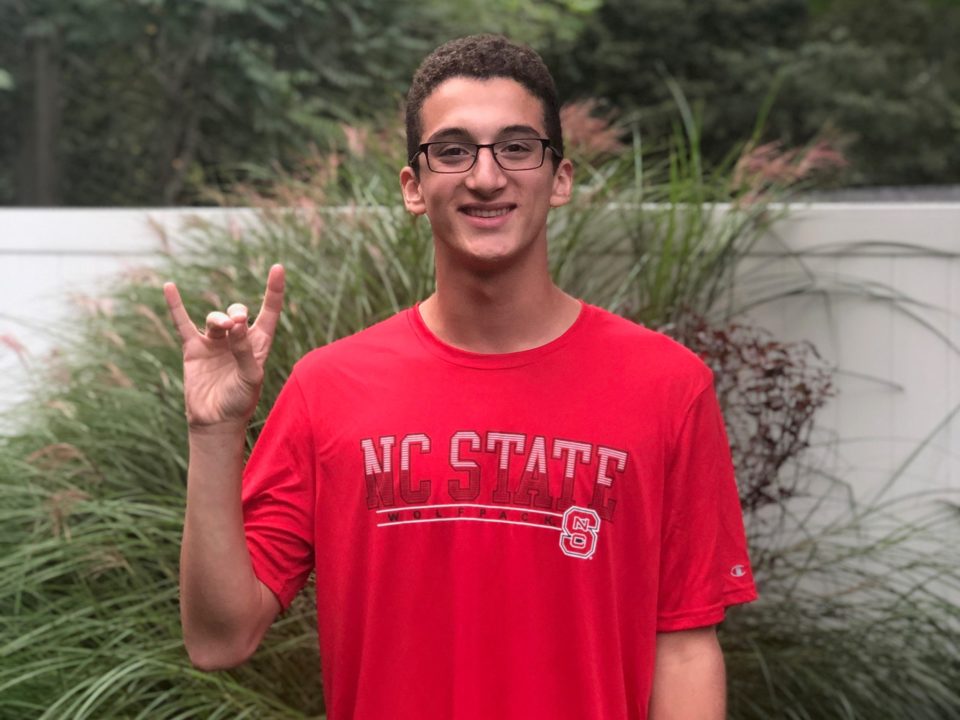 Bustos revealed this week on Instagram that he’d wrapped up his high school courses early, allowing him to train and compete more in the pool in the months leading up to the U.S. Olympic Trials. Bustos just finished competing at the Richmond site of the Pro Swim Series, hitting a handful of key swims including career-bests in the 100 breast (1:03.54), 200 IM (2:01.66) and 100 back (55.80).

Bustos has signed on to compete with the NC State Wolfpack next year, part of a loaded freshman class headed to Raleigh in the fall of 2021. We ranked Bustos #12 in his class in our junior ranks last spring. He joins #1 Aiden Hayes, #7 Sam Hoover, #11 David Curtiss, and #18 Garrett Boone among the top-20 recruits headed to NC State next year. Despite finishing his high school coursework early, though, Bustos will not join NC State early as some early-graduating recruits have.

“For the time being, I’m going to stay in Connecticut and continue my training with my current coach,” Bustos told SwimSwam. “I was thinking about going to NC State early but I decided against it because I don’t want to switch coaches a few months out from trials.”

Bustos took summer courses last year to set up his early finish to high school academics. He’s fulfilled all of his credits to graduate, but won’t officially graduate and get his diploma until June. Bustos says wrapping up his classes early will allow him to dedicate more time to pool training, upping from about five practices a week to eleven. Bustos also lifts weights and boxes for cross-training.

Mane that’s cool and all but does a swimmer graduating early really deserve a whole article?

Why not? Our local paper here in CT had a whole article about a UConn woman’s basketball recruit (#30 overall in her recruiting class) who finished high school early, enrolled early at UConn and is eligible to play without it affecting her eligibility for 4 more years after this “freebie” half year. I’m surprised more people in all sports are not doing this.

Nae nae ‘fo you get a whoopin

See you on the big screen!