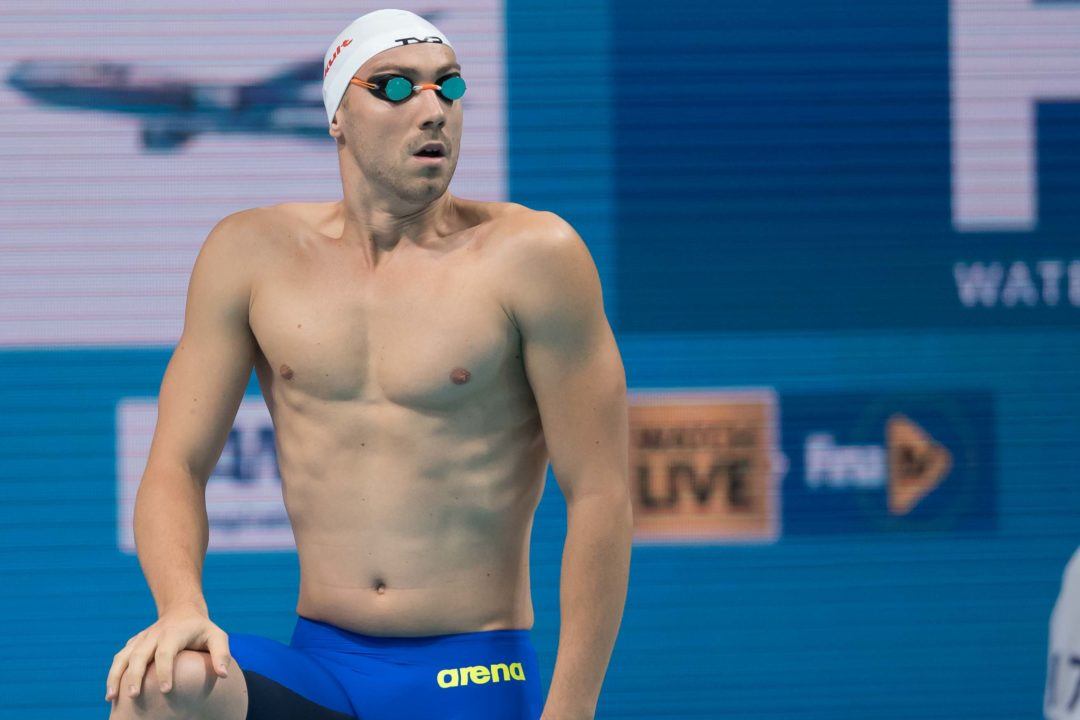 Jérémy Stravius is set to make his return to the pool this weekend. The two time Olympian is entered as top seed in the 50/100 free as well as the 50 back. Current photo via Mike Lewis/Ola Vista Photography

Racing at the 2021 Meeting National du Nantes will get underway this weekend in France. The two-day meet will host a total of 97 swimmers from across the country.

The highest-profile athlete racing this weekend will be Olympic medalist Jérémy Stravius. Stravius announced his retirement from the sport back in January of this year but will be making his return to the pool this weekend.

Stravius is entered as top seed in the 50 freestyle with a 22.94, the 100 freestyle with a 48.79, and the 50 butterfly with a 23.58. Stravius’ most recent international meet was the 2019 World Championships where he raced the 50 backstroke individually for France, finishing in 11th in the semi-finals with a 24.98. He also swam in the 100 freestyle where he, Clement Mignon, Tom Pace Pedroni, and Mehdy Metella raced to an 8th place finish with a 3:13.34.

Stravius tells SwimSwam not to read too much into his racing this weekend, that he’s swimming “for fun” and “to help (his) club.”

Also swimming this weekend is Maxence Orange who recently earned a bronze medal in the 50 backstroke at the 2020 French Elite Championships in December. There, he swam to a 25.51 for third. This weekend, Orange is entered in the 50/100/200 backstrokes, the 50/100 freestyles, and the 100 butterfly.

Alexe Herthe, Emma Lialy, and Jeanne Boutbien are set for a tight race in the 50 freestyle. The top three seeds will each lead the way in their respecitve heats with only half a second separating their entry times. Herthe will go in with a 26.54, Lialy with a 26.81, and Boutbien with a 27.04.