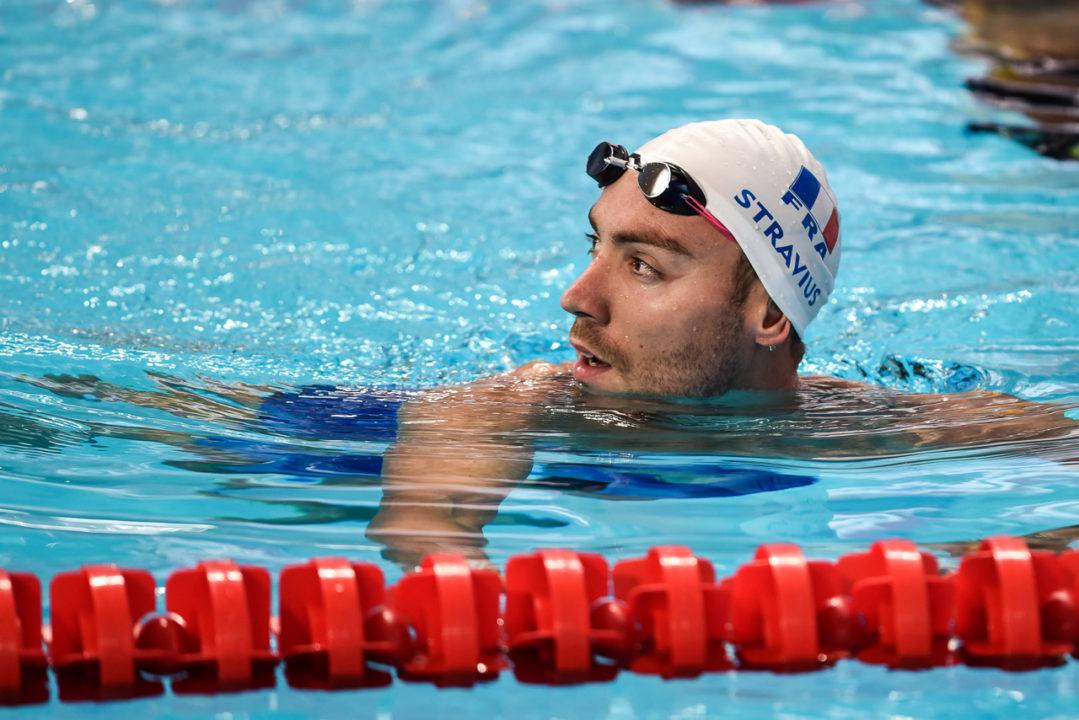 The 31-year old Frenchman won the long course World Championship in the 100 backstroke in 2011, and has 3 Olympic medals as well. Archive photo via Peter Sukenik/www.petersukenik.com

“When I got out of the water, I knew it was my last, Stravius said to the Courrier Picard in announcing his decision. “I have come to the end of the adventure and I am relieved to have made this decision. I did not take it lightly. I am sure of myself. I had reached a point where I had to stop. When it’s time, it’s time.”

He ranked 103rd in the inaugural season of the International Swimming League last fall, representing the D.C. Trident. That included picking up a win in the 50 backstroke in Naples in 23.13.

While Stravius’ sprint freestyle, 50 back, and 50 fly times have continued to improve into his late 20s, including a lifetime best in short course meters of 47.02 in December at what will be his last French Championships, he never again matched his 100 back time that won him a World Championship in 2011 at 23-years old.

The French Championships run from April 14th-19th where swimmers will attempt to qualify for the 2020 Olympic Games in Tokyo this summer. Stravius was his country’s top-ranked 50 backstroker in long course in 2019, but in the Olympic 100 meter distance ranked just 6th-best. He also ranked 6th-best in the 100 free in 48.79, which could have been good enough for a prelims relay spot in Tokyo.

Would’ve loved to see him swim in Tokyo, but it’s true that when it’s time it’s time. Congrats on a great career!

One of the best underwaters in the world.

Weird time to hang it up, but when you know, you know. Guessing he was sort of half-training recently?