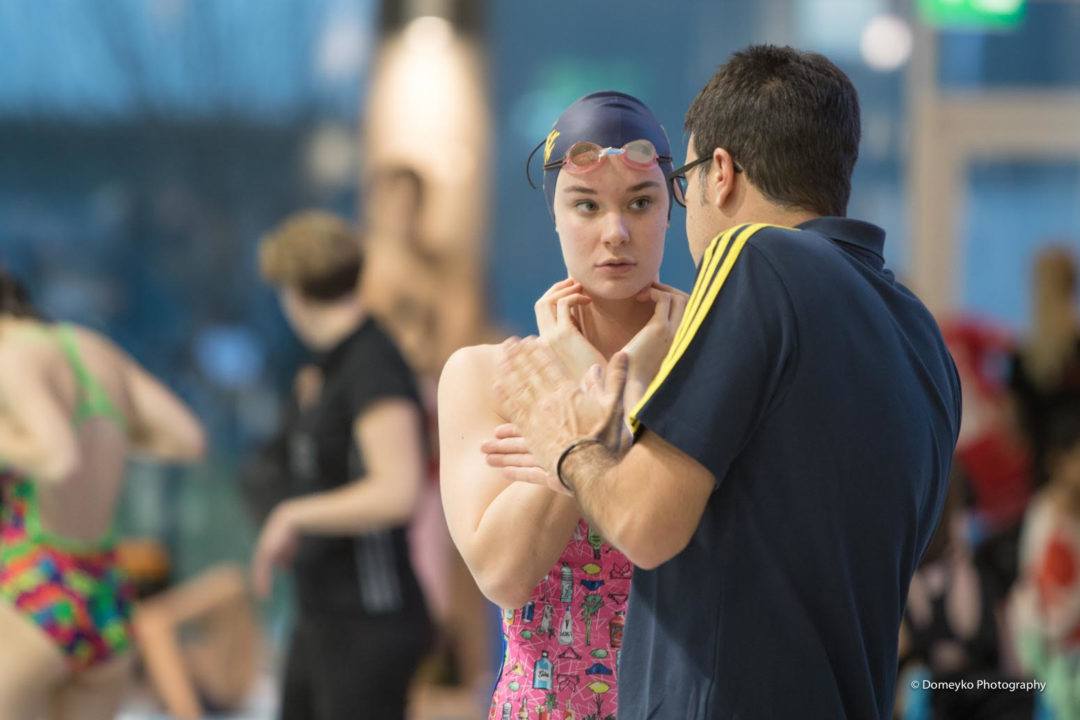 The defamation lawsuit's settlement is upheld by the 2019 MN Supreme Court ruling that coaches are not public figures under the First Amendment. Stock photo via “Rafael/Domeyko Photography”

In 2014, Nathan McGuire, the former girls’ basketball coach at Woodbury High in Minnesota, filed a defamation lawsuit against Julie Bowlin, the mother of a former players. The suit alleged that Bowlin made false accusations about him that cost him his job as coach and jeopardized his career as a kindergarten teacher.

Eight years after the initial filing and three years after the state Supreme Court reviewed the lawsuit, it has finally been settled on the day it was scheduled to go to trial. Bowen agreed to pay a settlement of $50,000. She also signed a three-page letter than admits the claims she made about McGuire are false.

Bowlin’s daughter played for McGuire as a seventh-grader. In the fall of 2013, she followed him to Woodbury High as a freshman. After a preseason scrimmage, Bowen was angry that McGuire wouldn’t guarantee her daughter varsity playing time. Her daughter never played a game for Woodbury High and left in December 2013. However, Bowen was still upset. She began a campaign against McGuire, with the suit saying she told “at least one person she planned to ‘take [him] down.'”

In the signed letter, she acknowledges she lied to the Woodbury High School Athletics Booster Club, saying that McGuire had been fired from his previous coaching position because of parental complaints. She also admits her accusations of bullying, harassment, manipulation, and inappropriate touching by McGuire at both coaching jobs were false. Finally, she admits to recruiting other parents to sign a letter of complaint that pushed the Minnesota Department of Education to investigate his teaching career.

Woodbury High terminated McGuire’s contract as a result of the allegations. He was allowed to coach middle schoolers in the same district. However, when he applied for an assistant coaching job he was told he was banned from the district. In the letter, Bowlin confesses she told another parent McGuire could be fired from teaching too because he was “recently put in jail” for his behavior as a coach.

While this saga focuses on basketball, it impacts all youth sports. In 2019, this case led to a landmark ruling by the state Supreme Court that high school coaches are not public figures under the First Amendment. Thus, parents aren’t protected when making false claims against them.

That ruling reinstated McGuire’s lawsuit, after two district courts dismissed his claims. It did so on the grounds that coaching “is not an essential government function.”

With this decision and settlement, coaches of all sports in Minnesota are further protected from disgruntled parents. High courts in five other states have also ruled on this issue, with four of them agreeing with Minnesota’s verdict.

McGuire said “hopefully what we’ve done here will create safeguards for other coaches.” Now cleared of any wrongdoing by both the district and the state, McGuire hopes to return to coaching in Woodbury. Bowlin’s letter can be attached to his applications.

Is her name Bowen or Bowlin?

It is always amazing to me that so many people believe any accusation today. People really do lie..a lot. Very sad for this man.

That’s why due process is so important, even if it sometimes makes alleged victims uncomfortable.

When I was learning about our legal system in junior high, two different local public officials (sheriff & DA) told us that our justice system is based on the principle that it’s better for 1,000 guilty people to go free than for one innocent person to be convicted.

But that’s not how it really works.
Innocents are convicted regularly, sadly.

False accusations are exceedingly rare. Far more common that victims don’t report or don’t speak out because they (often correctly) believe that they don’t be beloved. That allows predatory coaches and teachers to molest more victims.

I’m pretty sure your definition of “exceedingly rare” is different than mine.

Parental false accusations are incredibly common, unfortunately. Coach doesn’t do what you want? Just allege “inappropriate touching.” It happened to me, but it was shut down immediately because unbeknownst to the Soccer Mom From Hell, we happened to have two coaches on the field that day.

Karen 2.0
joking aside, isn’t what she did criminal? you shouldn’t be able to destroy someone’s career with lies, right?

AFAIK libel/defamation cases are always handled in civil courts. I generally agree that it’s not a good idea to handle free speech issues in the criminal justice system, but situations like this make me less sure of that stance.

free speech is saying what you think. It’s not stating what happened. If you say something happened that you know didn’t happen, it’s a lie, not free speech. But I am not a lawyer. I just know lies can lead to people dying (“you can speed up dude, that bridge is intact, what you think you are seeing is not a missing piece”)

I’m not a lawyer, and have no insight into Minnesota law at all, but some jurisdictions do have laws in place that criminalize defamation. The ACLU opposes them on general principle, taking the position that civil lawsuits are fully capable of addressing the harms caused by defamation. I, however, tend to believe that malicious intent, as was present in this case, justifies their existence. Civil lawsuit put the the burden of prosecution on the victim who was harmed, sometimes catastrophically. That’s unreasonable when a person’s life and livelihood have been destroyed by the a tions of another.

No, it’s not criminal. In fact, USA Swimming and Safesport won’t even do anything about false accusations as long as the person doesn’t file an actual false report. You can spread rumors about coaches all you’d like and it doesn’t violate any of their policies.

I asked Abigail Howard at USA Swimming about the rules regarding spreading harmful rumors about coaches, her response was, “There is not a direct USA Swimming Code of Conduct provision related to spreading false or misleading information about whether another member has been the subject of Safe Sport-related concerns.”

That’s a direct quote from the Senior Director of Legal & Membership affairs with USA Swimming. Clearly the civil courts are the only remedy for this… Read more »

I’d be content with a functioning body of government. If USA Swimming and Safe Sport are going to wield extrajudicial power to ban coaches and deprive them of the ability to make a living, then they shouldn’t sit back and say, “Not our problem, take it to the courts” when coaches are falsely accused of misconduct.

USA Swimming, like most NGBs are reactive. They won’t do anything about it until a high profile coach is falsely accused of something that is blatantly false and loses their job over it. I’m not talking about “the swimmer said I was mean and I was not, in fact, mean,” but more specific and explicit stuff as was the case here.

Well that’s the problem, isn’t it? What percentage of coaches in USA Swimming would you say are “high profile”? .1%? I’d wager almost every coach in that category is successful enough to afford a defamation lawyer, so they wouldn’t actually have to worry about USA Swimming or Safe Sport handling the situation for them.

The only coaches who actually NEED USA Swimming to help them in situations like this are the ones who are not “high profile” and, like you said, USA Swimming doesn’t care at all about those coaches.