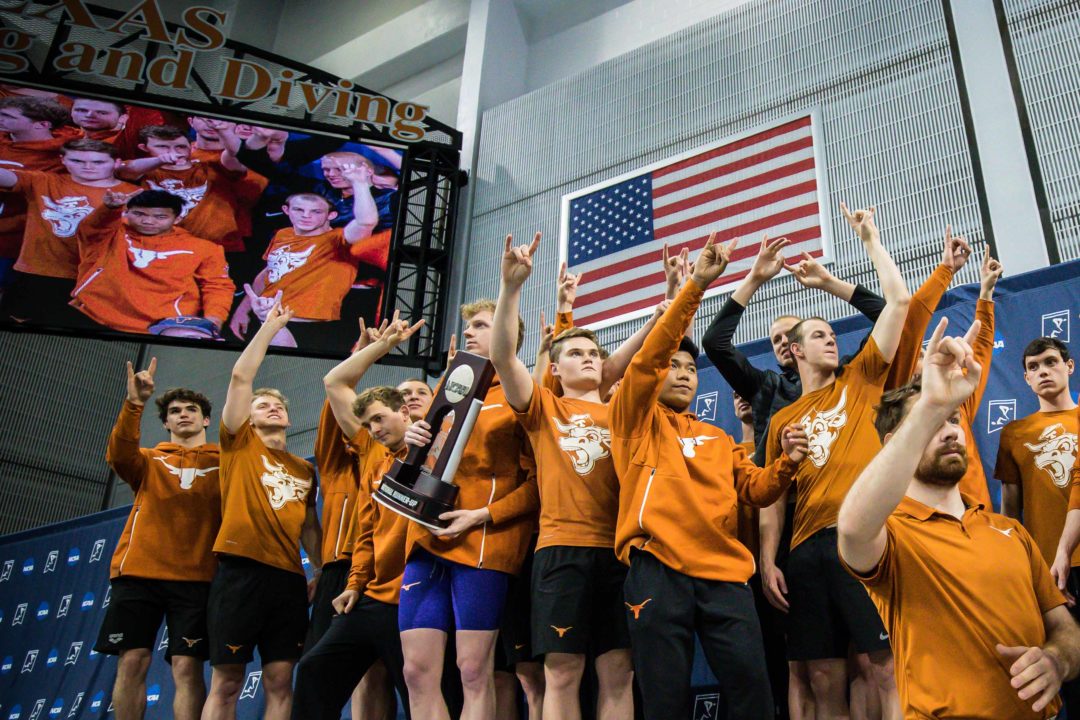 The would-be freshman does not appear on the Texas men’s swimming & diving roster for 2020-2021, and the school confirmed that he would not be competing for Texas this season.

Gosselin-Paradis is a Canadian national teamer and an elite diving recruit. Based out of Quebec, Gosselin-Paradis switched over to diving from gymnastics in 2015 and only a few years later, won two bronze medals diving at World University Games in 2019. He won individual bronze on the 10-meter platform and bronze as part of a synchronized 10-meter platform team with Ethan Pitman.

He was a major part of a star-studded recruiting class for the Longhorns, who had won four of the past five NCAA titles in men’s swimming & diving before last year’s meet was canceled in the coronavirus pandemic. We ranked Texas’s incoming freshman group #1 in the nation. They probably remain in that spot even without Gosselin-Paradis, as the #2-ranked class (Stanford) are also without a key international, Russian swimmer Andrei Minakov.

But Gosselin-Paradis’ absence does hurt Texas’s bid to retake the NCAA throne from 2019 champions California. Cal had the nation’s #4-ranked recruiting class and appears to have all key members of that group competing for them this season.