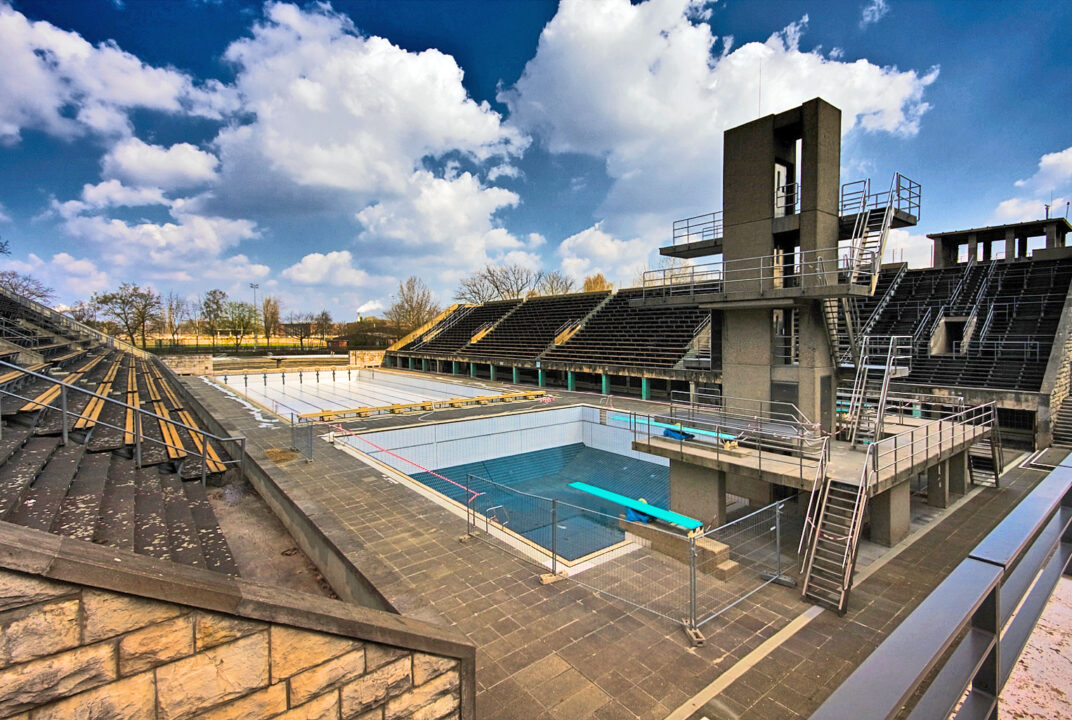 Joan (nee Langdon) McLagan was one of only two surviving 1936 Olympians. After her death, swimmer Iris Cummings is the only pre-war Olympian still alive. Stock photo via Andreas Levers, CC BY 2.0

1936 Canadian Olympic swimmer Joan Marjorie (nee Langdon) McLagan died last week on March 15. She was 99 years old. She was one of just two Olympians from the 1936 Games who was still alive, according to Olympedia’s Oldest Olympians project.

McLagan and Cummings both competed in the 200 breaststroke at the 1936 Olympics. Langdon finished 7th out of 7 swimmers in heat 1 of the preliminary rounds, while Cummings placed 4th in heat 3. Neither advanced to the semifinals.

McLagan made her Olympic appearance in 1936 at just 14 years old. She made the team after the event winner at the Canadian Olympic Trials, Monica Trump, wasn’t allowed by her father to travel to Berlin. McLagan set her first Canadian Record in the 200 breaststroke at those 1936 Trials, when she was only 13 years old.

McLagan has a fairly-remarkable story: she was too poor to afford formalwear for the Olympics, so an old family friend Erle Stanley Gardner, known as the author of the Perry Mason series, paid for her clothes.

While the outbreak of World War II meant that she never again competed in the Olympics, she continued to compete until 1944. She was named Canada’s Outstanding Female Athlete of the Year in 1942 and 1943. She won a bronze medal in the 220 yard breaststroke at the 1938 British Empire Games (a precursor to the modern Commonwealth Games). In 1940, she set a World Record in the 50 yard breaststroke.

After retirement, McLagan became a teacher and was inducted into the British Columbia Sports Hall of Fame in 1988.

Cummings is now the 9th-oldest living Olympian from any nation, which is remarkable given that the two Games after her appearance in Berlin were canceled. The 8 Olympic athletes older than her didn’t make their Olympic debuts until at least the 1948 Games in London after World War 2 – 12 years after Cummings’ appearance.

Cummings herself has a remarkable story – she was accepted into USC’s first Civilian Pilot Training Program in 1939. After graduating, she worked as a flight instructor and was eventually assigned to the Women’s Auxiliary Ferrying Squadron (WAFS) and Women Airforce Service Pilots (WASP) during World War II.

She returned stateside to teach pilots who learned to fly during the war civilian flight skills at USC. In the 1950s, she raced airplanes competitively, and in the 1960s helped found the Bates Aeronautics program at Harvey Mudd College.

Cummings’ status and reputation as a pilot and instructor outgrew even her Olympian title. She was inducted into the National Flight Instructors Hall of Fame in 2000, and in 2006 was awarded the Wright Brothers Master Pilot Award by the FAA, and a Nile Gold Medal by the International Aeronautics Federation (FAI) in 2007.