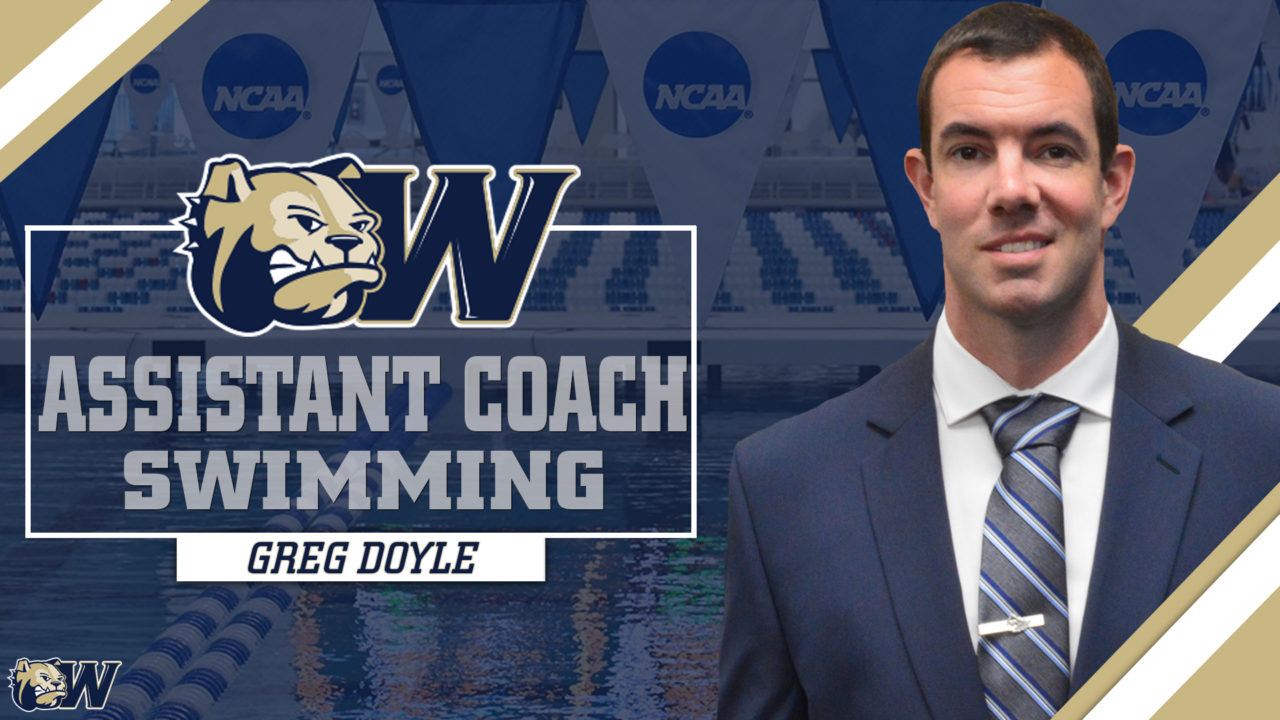 “Greg’s experience, knowledge and passion for the sport will be a huge asset to our program,” Sanocki says. “We can’t wait to get started with the upcoming season. He is very familiar with the Bluegrass Mountain Conference and Division II…and has had tremendous success at every position prior to joining us here at Wingate. We believe he will hit the ground running, recruiting the type of student-athlete who will continue our tradition of excellence.”

Doyle served one year each as an assistant coach at Washington and Lee and SUNY New Paltz. While at W&L, Doyle helped the Generals set 14 varsity records as the Generals competed in the ultra-competitive Bluegrass Mountain Conference. He coached five W&L All-Americans, including the fifth-place finisher in the 50 Freestyle at the 2013 NCAA Division III championships.

At SUNY New Paltz, Doyle helped the Hawks bring in one of the largest recruiting classes in the school’s history. New Paltz had two All-American performances (women’s 100 and 200 Backstroke) at the 2012 NCAA Division III championship meet. The Hawks recorded nine varsity records during his time at the school.

Doyle was a student-athlete at SUNY Oswego, earning three NCAA Division III All-American trophies. He was named to the CSCAA Scholar All-American team in 2006. Additionally, Doyle earned Oswego’s Outstanding Senior Athlete Award in 2008. He received national Swimmer of the Week honors from CollegeSwimming.com his final season.

Academically, Doyle received a B.A. degree in public justice (athletic coaching minor) from Oswego in 2008. He earned a masters’ degree in athletic administration from South Atlantic Conference member Coker College in 2015. Doyle has earned a Level 2 certification from the American Swim Coaches Association (ASCA). The ASCA presented him with two certificates of excellence (2013-16, 2018) for his teams’ performances at the NCAA national championship meets.