Why Eminem Should Be On Every Swimmer’s Playlist 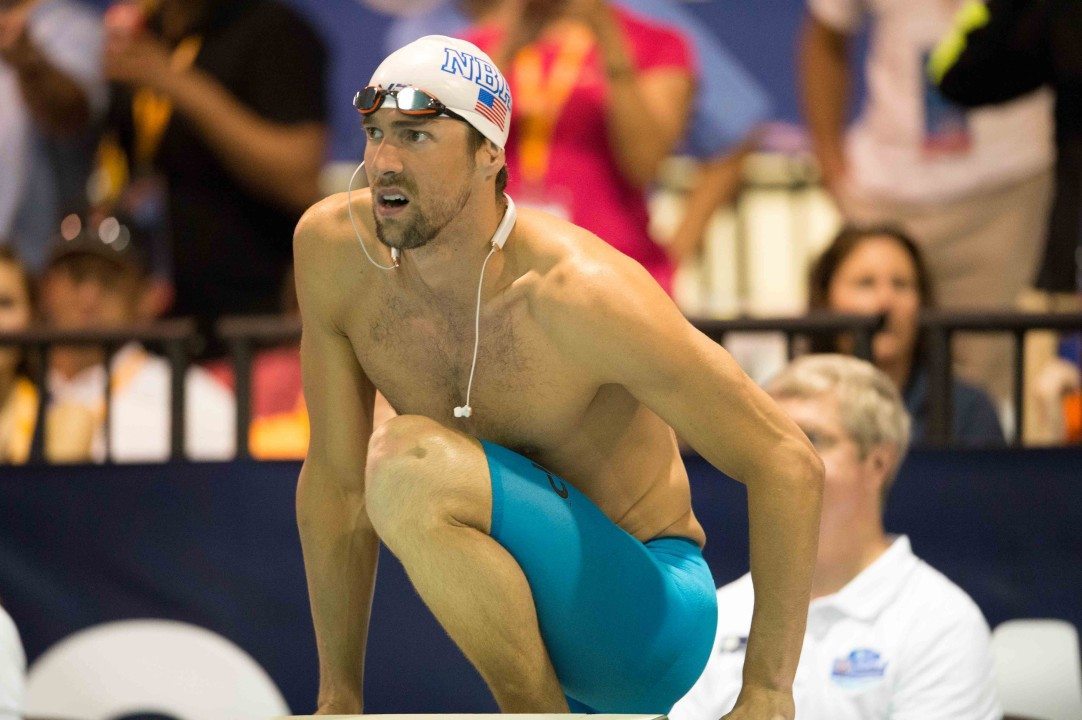 Eminem found himself on Michael Phelps' playlist at one time and now science says the GOAT's resulting performance was perhaps correlated to that fact. Archive photo via Mike Lewis/Ola Vista Photography

Peruse through the pre-meet pump-up playlists of swimmers across the board, from the upper echelons of the elite to the coming-of-age teenager and you’re more likely than not to find a common artist among them  -Eminem.

Michael Phelps even pointed to the rapper’s track “Till I Collapse” as one of his favorite training tracks in 2012, the year he would become the greatest Olympian of all time.  Coincidence?  Scientists say no.  Recent research coming out of the Hartpury University Center in Gloucestershire found that, after listening to certain Eminem songs prior to physical activity, their studied athlete felt less tired and more alert.

36-year-old Ben Hooper, a British swimmer, was involved in the study, which evaluated the physiological effects of different types of music ahead of his 2,000-mile Atlantic swim slated for December. In fact, Eminem’s hits in particular were found to boost an athlete’s performance and speed by approximately 10%, according to the results of the experiment. Specifically, the ever-popular “Lose Yourself”, “Not Afriad” and “Without Me” were shown to ‘significantly increase both power and endurance during prolonged and intense exercise.’

Why is this the case?  Researchers conclude that the aforementioned Eminem songs’ specific rhythm, tempo and lyrics have a “highly motivational edge”.  Scientist Richard Collins, pointed to the ‘emotional impact’ of lyrics as being important in upping the performance factor. “The music still needs to be at a brisk pace, but we found tracks with an emotional resonance can boost performance and endurance as much as 10%.” Relating the results to test subject Hooper, Collins says the boost could be “because these emotionally tied songs help Ben muscle down and push through the pain.”

What should be on your playlist? According to Hartpury University Center researchers, the two lists below detail the songs you should move to the top of your pump-up playlist, as well as the tracks you should bust down to the ‘cleaning out the garage’ background-noise-level.

What turn on the radio

Most young swimmers don’t even know about DMX. It’s so sad. But I totally agree

I personally prefer listening to Jeezy because he tends to have big beats. He’s rather vulgar but nowadays that’s merely an afterthought.

A really good song is Victorious by Panic! At The Disco. Their songs are amazing. Check it out.

Jimi Hendrix ‘Voodoo Chile’ used to be my go-to.

I think Phelps listens to a lot of Lil Wayne too, which makes sense.

Where is “Eye of the Tiger?” How could they forget about the most famous motivational song ever?

For that matter, what about the other stereotypical pump-up songs played at football/basketball games, like “Crazy Train,” “The Final Countdown,” “Seven Nation Army” “Come on and Slam” and the one with all the “Ooohs,”?

For me personally ACDC is what gets me going. I also recommend “Hit ’em High” from the Spacejam soundtrack. One of the most intense rap tracks ever to not feature a single swear word.

Actually, I read the article, and “Eye of the Tiger,” DIDN’T help him much. Researchers thought it was too “cheesy” to resonate with him or something.