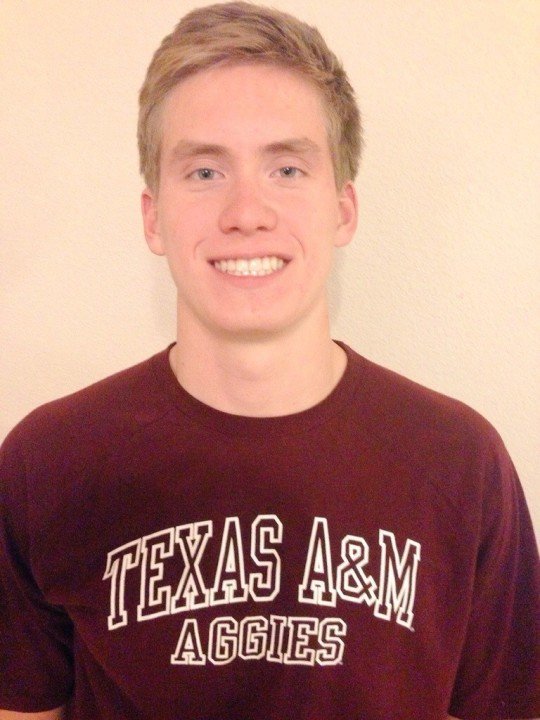 Sprint freestyler Adam Koster will be an A&M Aggie next season. Current photo via Adam Koster

Adam Koster of the North Texas Natadores and Byron Nelson High School has verbally committed to swim for Texas A&M in the 2016-2017 season.

The Aggie men, led by coach Jay Holmes, took eighth last year at SEC Championships. Koster is going to have to break 20 seconds (and 45 seconds) if he wants to make it onto next year’s Aggie A relays. Right now, he’s not quite within point-scoring range in his individual events (it took a 19.97 in the 50 free and a 44.30 in the 100 free to make it back for C finals last year at SEC Championships), but coming back for finals would make a great goal for him. In fact, the times that it takes to come back for finals in the SEC are very close to the NCAA B standards, 20.19 and 44.29, both of which are definitely within Koster’s reach.

Koster is a first generation American; both his parents came here from Poland. He says he is also a first generation college swimmer. Part of why he chose Texas A&M is because his older sister already attends there, but overall, he decided to become an Aggie for the team atmosphere.