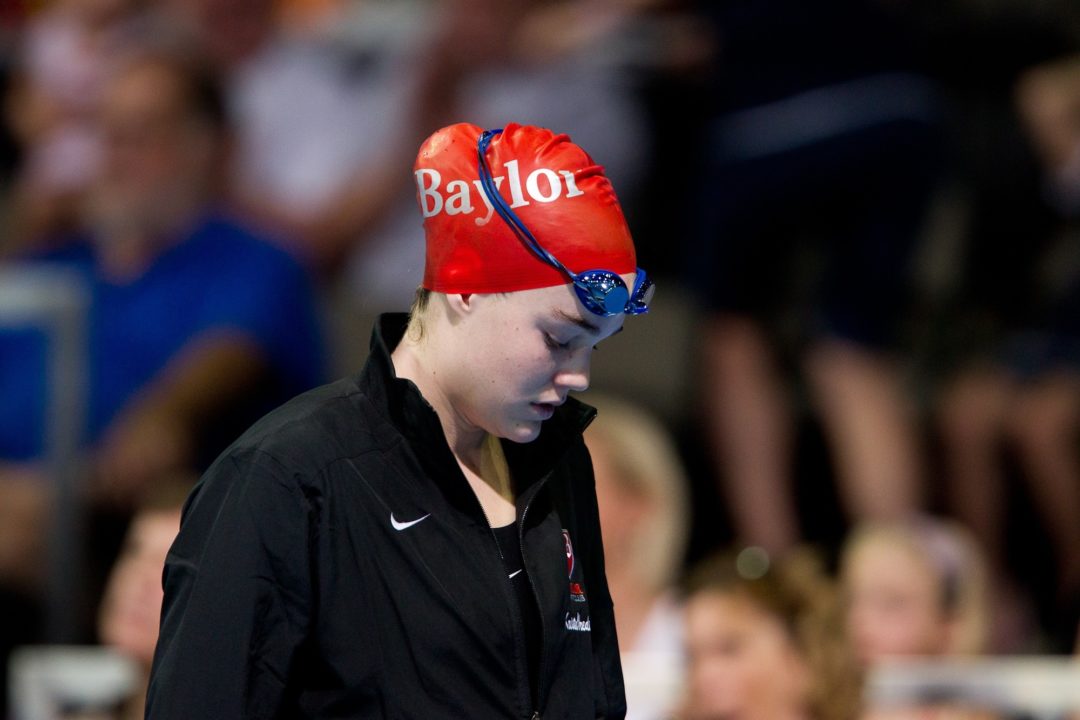 Cal Commit Kristen Vredeveld is among the highly-ranked juniors who will be in Knoxville this week, though there's not much overlap from senior nationals. (Photo Courtesy: ©Tim Binning/TheSwimPictures.com)

Twice a year, every winter and every summer, there’s a conflict for the top junior swimmers in the country. Many have qualified both for junior and senior nationals (especially in the winter), and when the meets are in different cities they have to decide which meet to swim at, or whether to foot the bill to travel to both. Is there more to be gained by swimming against the pros and maybe finishing in the top 10, or by winning against the juniors?

There are strong points to be made on both sides of the argument, but with the release of the Junior Nationals psych sheets, we’ll learn who has chosen what this winter.

This year’s meet will begin on Thursday in Knoxville, Tennessee, at the other UT (University of Tennessee) pool, and run three days through Saturday. The meet is open for 18 & unders and will feature much larger entry lists than we saw at Sr. Nationals

A full preview will come in the next few days, but for now, here’s a list at some of the major names who are coming out for this year’s meet. It would appear that there are very few, if any, overlaps from Senior Nationals.

There is also another conflict beyond which meet to attend. And that is whether this will be a shave and taper meet. For some it is; for others, it will be a good mid-season check point meet and great competition but will not be their short course championship meet.

I assume that although hes only signed up for three events, he will lead off some relays for some freestyle times.