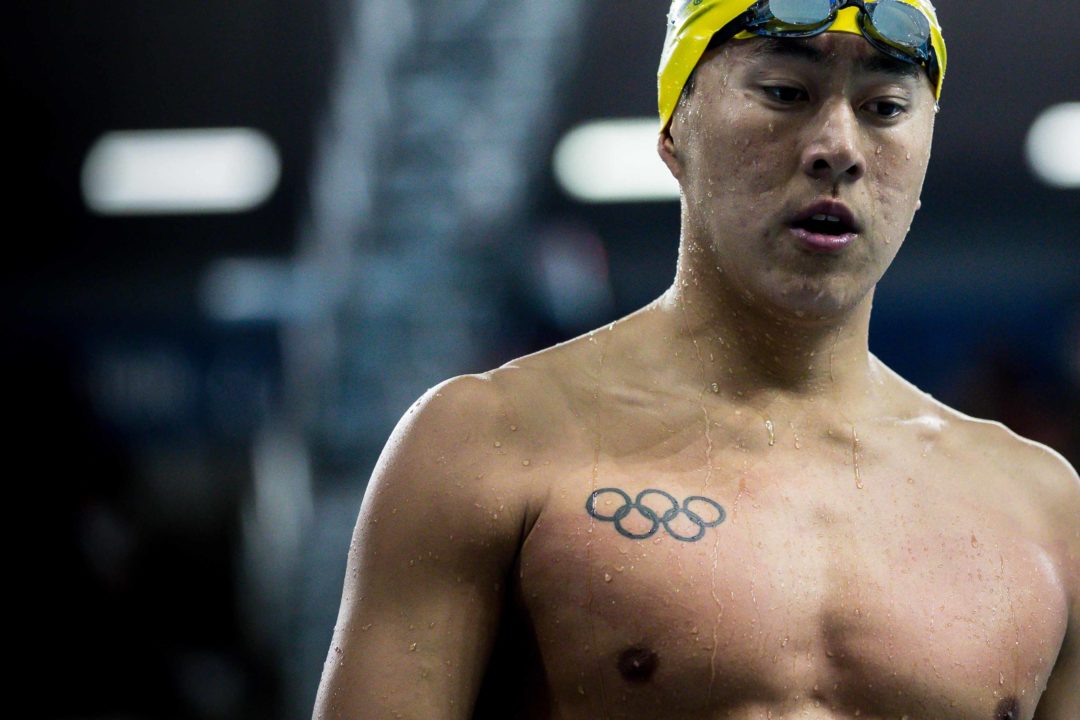 Whitley swept the breaststrokes. Quah also swept a stroke specialty, putting up a 46.76 in the 100 fly and a 1:43.95 to win the 200 fly. Archive photo via Jack Spitser/Spitser Photography

The Cal men’s team was split on the road this weekend as some of the swimmers traveled to USC and others traveled to UC San Diego. They won both meets handily, taking down Pac-12 rival USC 166 to 90.

USC’s Alexei Sancov kept the Bears from an event sweep. Cal’s Daniel Carr (1:37.26) got out with the lead, flipping a tenth ahead at the halfway mark. Sancov took over on the 3rd 50 by nearly 3 tenths. Carr outsplit him down the final stretch, but Sancov held him off by a nail to win in 1:37.22.

Half of Cal’s squad cruised past USC, 161-130, in Los Angeles before the other half handled its own business in a 166-90 win over the Tritons in San Diego. Cal improved to 5-0 in the dual meet format this season and has won 11 consecutive dual meets dating back to Oct. 3, 2018.

NEXT TIME
Cal will round out its two-day trip to SoCal with a non-scoring long course competition against UC San Diego at noon on Saturday, Feb. 8. The meet will be held at Southwestern College in Chula Vista.

USC hosts No. 16 Stanford on Saturday (Feb. 8) at 12 p.m. at the Uytengsu Aquatics Center. Seniors on the USC men’s swimming and diving teams will be recognized prior to the start of the meet.

… a split team? Two meets in one day? I need some clarification.