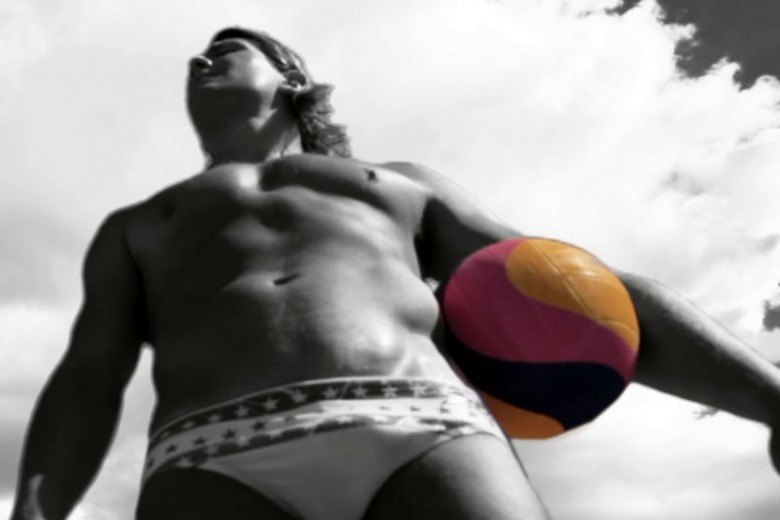 Gold Medal Minute presented by SwimOutlet.com, being produced by Gold Medal Media and featured on the newly-launched SwimSwam.com, is a series of unique, behind-the-scenes interviews, profiles and reports on the world’s greatest aquatic athletes.

Episodes will capture athletes up-close-and-personal as they are rarely seen at the pool, during training or in the moments after their best performances with long-time swimming insider Mel Stewart as host. “Gold Medal Mel” is a three-time Olympic medalist and has reported on swimming since 1996, hosting aquatic events for ABC, NBC, ESPN, TBS, Fox Sports, E! Entertainment News and Yahoo Sports.

With vignettes, news and stories appealing to swimmers and non-swimmers alike, each feature in this 30 episode-run captures the personality of the athletes, giving you an “insiders” point of view on their lifestyle and training as they prepare for the Olympic Games in London. Early episodes include pieces with Michael Phelps and Ryan Lochte.

“We’re proud to support a news and profile series that creates fun and engaging content for both swimmers and swim fans alike” said SwimOutlet.com Chief Marketing Officer Alexander Sienkiewicz. “This is a very exciting time for the sport with London on the horizon and we look forward to promoting our sport’s heroes through Gold Medal Minute presented by SwimOutlet.com.”

Produced by Gold Medal Media’s Tiffany Stewart, Gold Medal Minute presented by SwimOutlet.com will provide fans with over 100 minutes of engaging content. Other stories in the series will include profiles on Tony Azevedo, Water Polo’s Olympic star, and the USA Synchronized National Team, sponsored by SwimOutlet.com.

SwimOutlet.com is the largest online specialty store for aquatics in the United States. The online retail store grew out of a dedication to providing the best goods and services to anyone interested in aquatic activities and sports. SwimOutlet.com has the largest selection for swimming, water polo, fashion, beach and surf! In addition to having an extensive selection and the lowest prices, SwimOutlet.com offers phenomenal customer service and fast shipping. The company has won the hearts of over two million happy customers who’ve helped spread the word on where to find the best deals.  It has quickly developed into the web’s most popular swim shop! For more information, visit http://www.swimoutlet.com.

Great piece Mel. Tony’s not only one of the world’s greatest athletes, he’s a real class act. He’s done great things for the sport of water polo both through his play and his character.

Thanks, Mike… I was impressed by how smart he is. Probablly shouldn’t be as he is a Stanford grad. From what I learned on deck at the training camp, I think USA Water Polo will be in the hunt to improve on their 08 performance.

Mel – does that mean that you’re calling them for gold???

That’s good news – Tony is a great leader, still lots of talent throughout the team and Terry is a very good coach…hope they get a good bracket

Yes….but I’m biased, a long-time fan from the LA Games in 1984 when Terry Schroeder was the Water Polo star. He’s obviously coaching the National Team now. They have huge hurdles ahead of them. A gold would be storybook…

I think Hungary could go down…but didn’t see anything in 2011 to indicate that the US are the ones to take their place. Should at least be a fun tournament – a whole lot of parity this year.

Here’s a quick breakdown of the field, if anyone missed it.