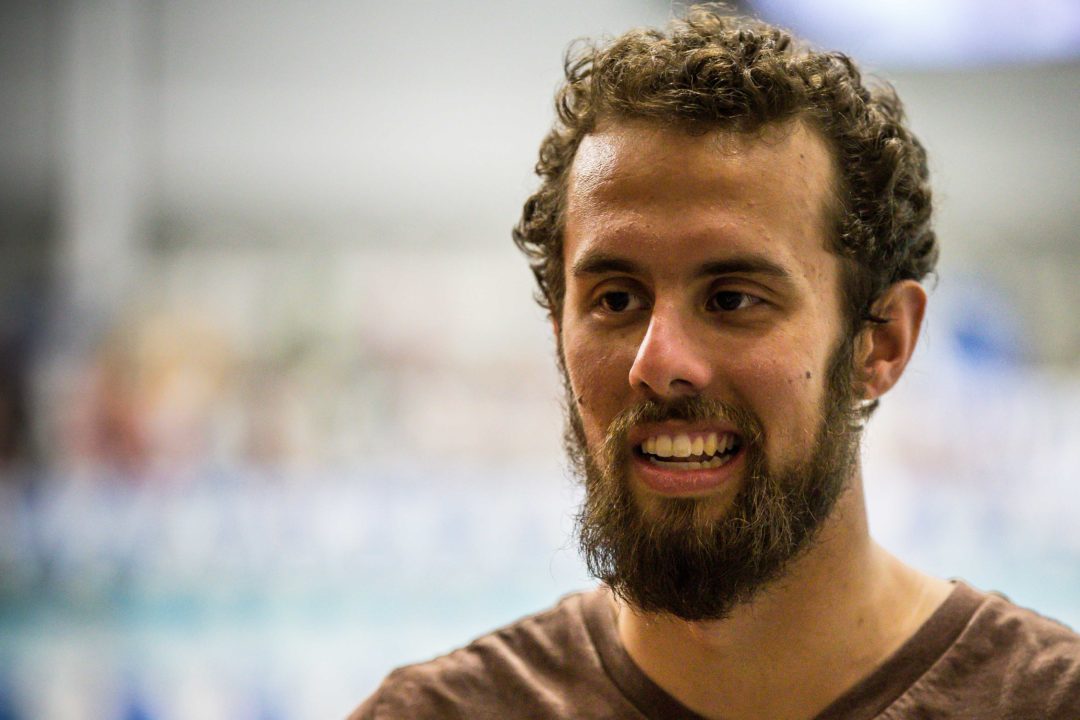 Livestream Andy is back in action for one night, and one night only. Current photo via Jack Spitser/Spitser Photography

While Livestream Andy is not part of the official ESPN Women’s Division I NCAA broadcast team this week in Austin, he was in town as a fan Friday night.

Livestream Andy, AKA Andy Hardt hit the ground running last year, serving as a BTN Network commentator for five of the seven sessions of the 2018 Men’s Division I NCAA Championships after getting his first shot on the 2018 Big Ten livestream just a couple weeks earlier. He quickly gained a cult following here on our site, becoming famous for his entertaining quotes, like claiming someone looking fresh to be “full of swimming!”

So of course when SwimSwam ran into Andy – as NCAA and American records were dropping left and right – we had to team up with the grad student-turned-“next Rowdy Gaines” to bring you an under-two-minute recap of all the action. Check it out below:

El Maestro of the NCAA Champs

The Dean Farris of commentating.

Was anyone “full of swimming” tonight?

First, I enjoyed watching this night three records recap from Livestream Andy; his knowledge of, and enthusiasm for, the sport are endearing. Second, I love that Torrey wrote “Livestream Andy, AKA Andy Hardt” and not vice versa–his SwimSwam name has supplanted his given name (as it should be 😁)!

IT’S THE MAN HIMSELF