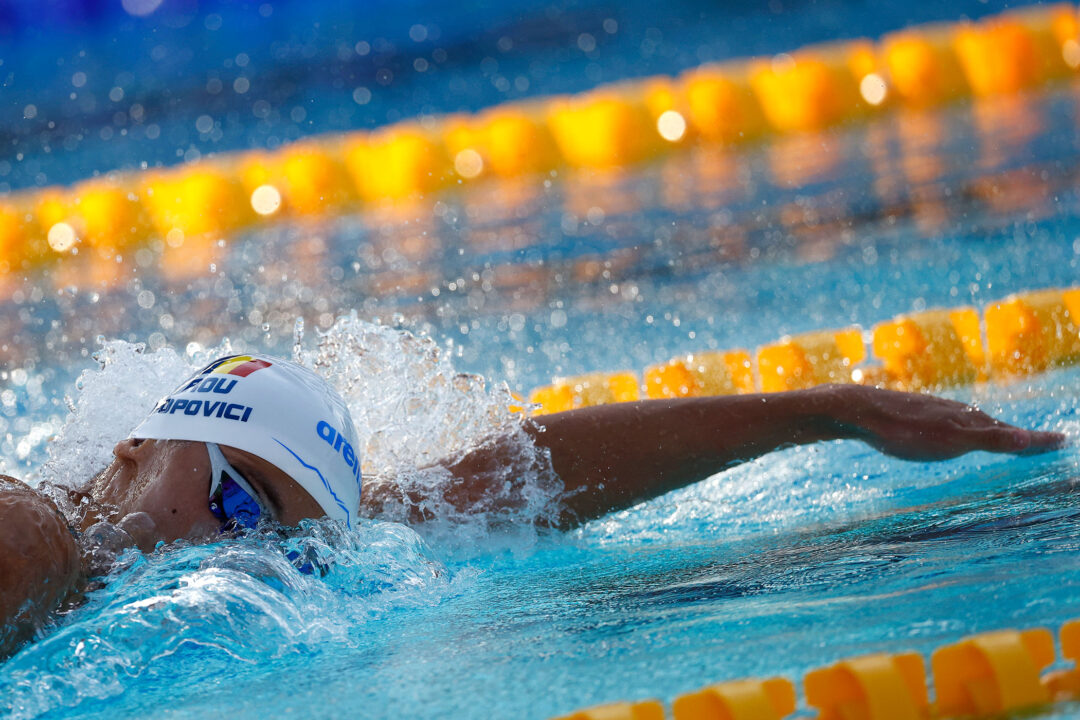 The 18-year-old Popovici posted a time of 3:43.00, shaving more than three seconds off his previous best to edge 17-year-old Vlad Stancu. Current photo via Simone Castrovillari

David Popovici won his third national title of the weekend in the 400-meter freestyle at the Romanian Short Course Championships on Sunday in Otopeni.

The 18-year-old Popovici posted a time of 3:43.00, shaving more than three seconds off his previous best to edge 17-year-old Vlad Stancu. The 800 SCM free national record holder, Stancu touched less than a second behind Popovici in 3:43.76, lowering his previous-best mark of 3:43.99.

Popovici swept the 100 free and 200 free titles on Thursday and Friday before placing second behind Daniel Martin in the 100 IM on Saturday. Popovici also swam the 100 fly prelims on Sunday morning, but he scratched the final after qualifying second behind Martin in 52.67. Last year, he secured a pair of short-course national titles in the 200 IM and 400 IM.

A hungry Popovici could be a dangerous sight at Short Course Worlds next month in Melbourne, where the 100 LCM free world record holder is set for a showdown with SCM record holder Kyle Chalmers.

Wasnt his PB like 3:42 something from short course euros last year?

You can’t keep doing this to me Coleman. I thought it was long course 😫