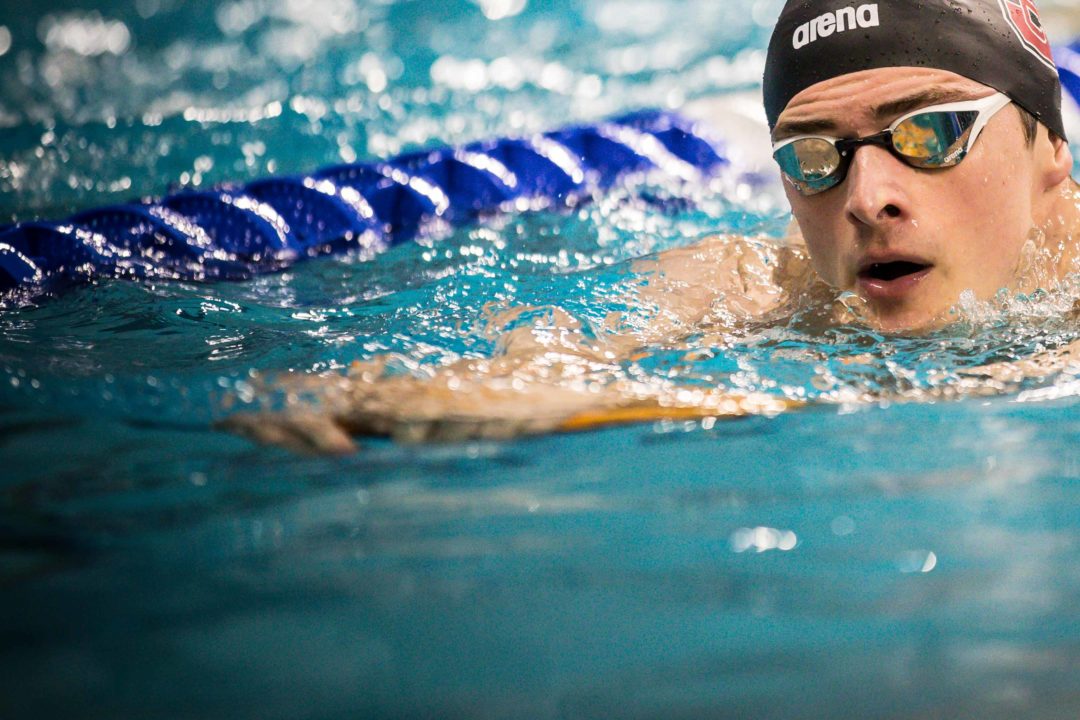 Coleman Stewart, an NCAA Champion in the event, scorched a 45.65 to win the race en route to a backstroke sweep for the Wolfpack. Archive photo via Jack Spitser/Spitser Photography

ACC rivals NC State and Virginia met in Charlottesville yesterday for a dual meet. The teams saw a split result. NC State came out on top of the men’s battle, while the Virginia women won handily. Check out some of the highlight races down below, courtesy of UVA Swimming on YouTube.

Coleman Stewart, an NCAA Champion in this event, scorched a 45.65 to win the race en route to a backstroke sweep for the Wolfpack.

Virginia freshman Kate Douglass, the only woman who has broken 2:07 this season, raced to a 2:06.98 in the 200 breast to come up within a second of her current nation-leading time.

Knoxville Pro Swim Champion Nyls Korstanje turned in his fastest dual meet time of the season by over 2 tenths as he won the race in 19.63.

It really is. His kickouts are so good. He’s on another level. He’s got legit shot at the Murphy AR

He’s breaking the record this year