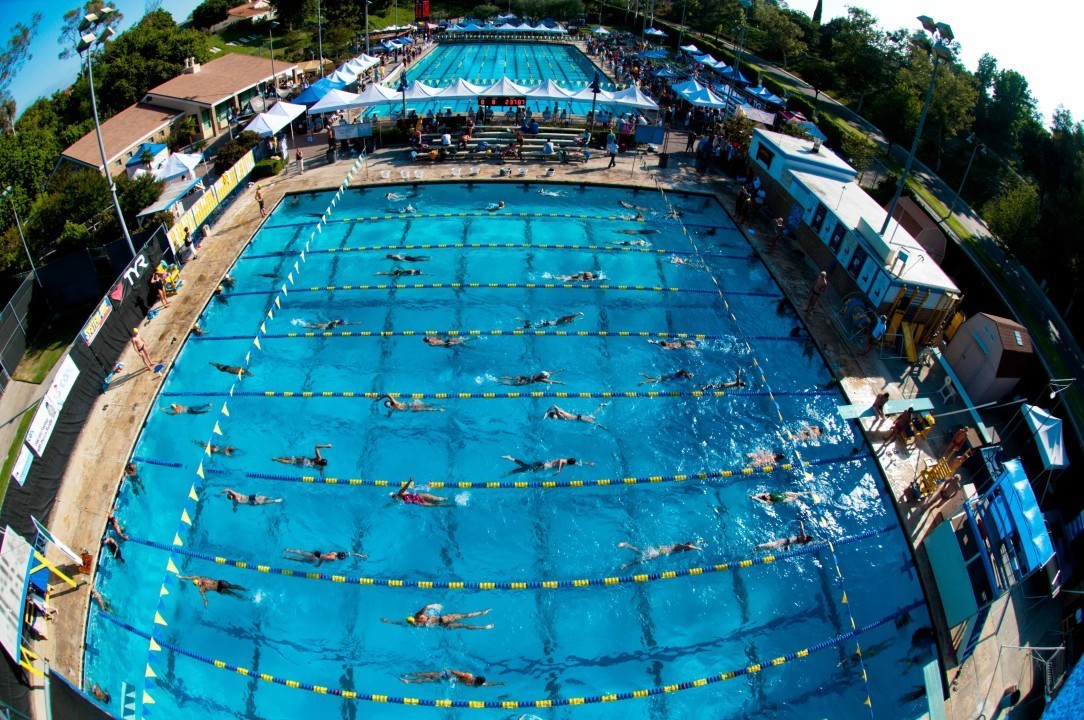 Head coach Rick Simpson revealed the entire 2015-16 schedule for the men's and women's squads Tuesday, as Villanova will compete in 13 total events throughout the season. Stock photo via Mike Lewis/Ola Vista Photography

Villanova, Pa. – Head coach Rick Simpson revealed the entire 2015-16 schedule for the men’s and women’s squads Tuesday, as Villanova will compete in 13 total events throughout the season.

Villanova kicks off their 2015-16 campaign on Wednesday, October 21 at LaSalle at 5:00 p.m. From there, the Wildcats will travel to Connecticut on Saturday, October 24 to take on the Huskies in Storrs.

The weekend of November 6 through November 7, Villanova will participate in the BIG EAST/ Big Ten Quad meet hosted by Rutgers University. The Wildcats will be joined by the Scarlet Knights, and fellow BIG EAST competitors Seton Hall and Georgetown.

The Wildcats home opener will be on Saturday, November 14 at the Villanova Swim Complex, as they host the University of Pennsylvania at 1:00 p.m.

Villanova’s only competition of December occurs at the Princeton Invitational. Princeton University plays host to the event December 4-6.

Simpson said the Princeton Invitational will allow the coaching staff to prepare for the BIG EAST championships in late February.

“We will throw some people up and see how close they can come to an NCAA qualifying time mid-year,” head coach Rick Simpson said. Our goal with the men is to always walk out of that mid-year invitational with our full BIG EAST squad intact.”

Following the New Year, the men will travel to King’s Port, N.Y. on Thursday, January 7 to take on the United States Merchant Marine Academy.

The men will return home on Saturday, January 16, as they play host to the Providence College Friars at 12:00 p.m. This day will mark the final home meet for five men’s swimmers and divers.

“It is a day that we always look forward to,” Simpson said, in reference to Senior Day. “It is always a real positive day for us and our athletes.”

The beginning of February sees the Wildcats travel north to University Park, Pa. on Saturday, February 6 to take on the Penn State Nittany Lions at the McCoy Natatorium.

The women will return home that Sunday, February 7, as they host LIU-Brooklyn. This day will mark the final home meet for four women’s swimmers and divers.

Atlanta will be the host city for the 2016 NCAA Championships this season. The women’s championships take place March 17-19, while the men begin competition the following week on March 24-26. Georgia Tech’s Aquatic Center will host the championship festivities.