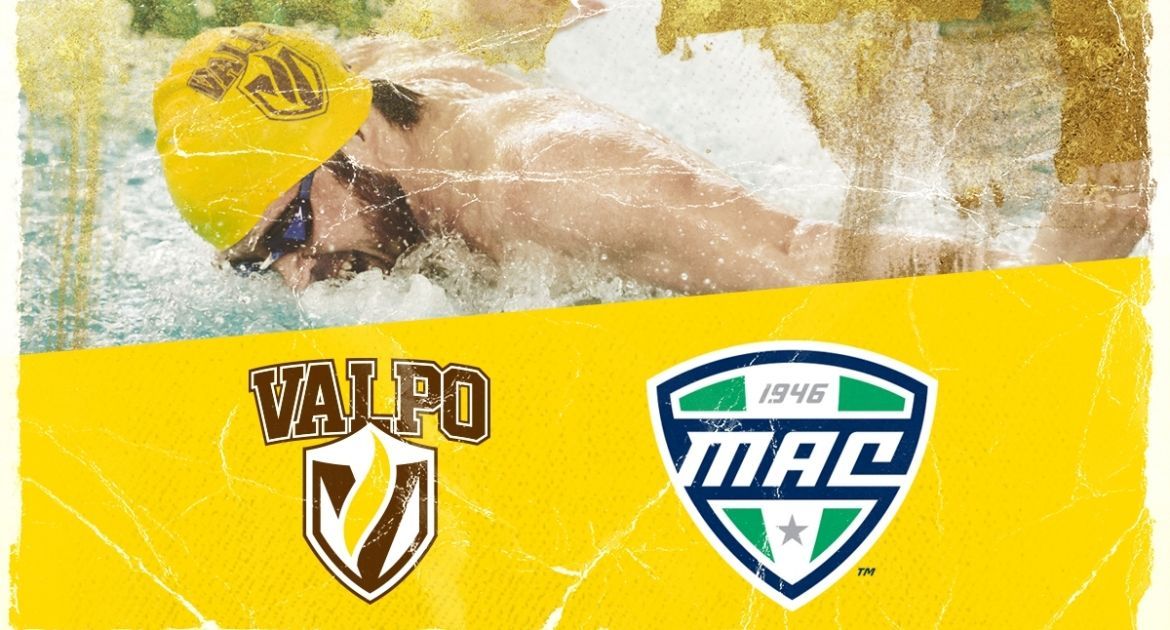 Beginning next season, Valparaiso will compete in the Mid-American Conference as an affiliate member instead of the Summit League. Current photo via Valparaiso Athletics

Valparaiso University’s men’s swimming program will join the Mid-A,erican Conference as an affiliate member beginning with the 2021-2022 academic year.

“We are appreciative of the Summit League for the home they have provided our men’s swimming program over the past four years and for the first-rate manner in which they have treated our student-athletes,” Director of Athletics Mark LaBarbera said.

The move will bring Valpo much closer to home geographically. While some schools, like Eastern Illinois University, are relatively close to Valparaiso, most of the conference is further away. In men’s swimming, that includes or will include programs in Denver, South Dakota, the newly-added men’s program at Nebraska-Omaha, and the St. Thomas University men, who will join the Summit League next season after transitioning from Division III.

“We are excited to have our men’s swimming program join the MAC,” LaBarbera said. “Competing against other in-state and regional schools will enhance the competitive experience for our student-athletes. Participating in a more regionally-based championship will provide the families of our swimmers a better opportunity to be part of their sons’ championship experience.”

Instead, in the MAC, they’ll join a more regionally-logical group of teams located in Indiana, Ohio, Illinois, and Missouri. The men’s roster of 20 athletes includes 7 from Illinois, 1 from Indiana, and 1 from Michigan.

This will also bring Valparaiso more in-line with its fellow orphaned Missouri Valley men’s programs: Evansville, Missouri State, and Southern Illinois all compete primarily in the Missouri Valley, but are in the MAC in men’s swimming.

The Valparaiso men are still planning to finish out this season at the Summit League Championships, which have been pushed to April 15-17 in West Fargo, North Dakota because of the ongoing COVID-19 pandemic.

Last season, Valparaiso finished 6th out of 6 teams at the Summit League Championships.

Good news to hear form Valpo. A move like this indicates an interest in continuing to sponsor Men’s Swimming.

My high school junior is very interested in swimming at Valpo! This is good news!

Summit league: Western Illinois? Is there even a program there?

Wonder if the move will happen in the future to those two being affiliates of the Valley.