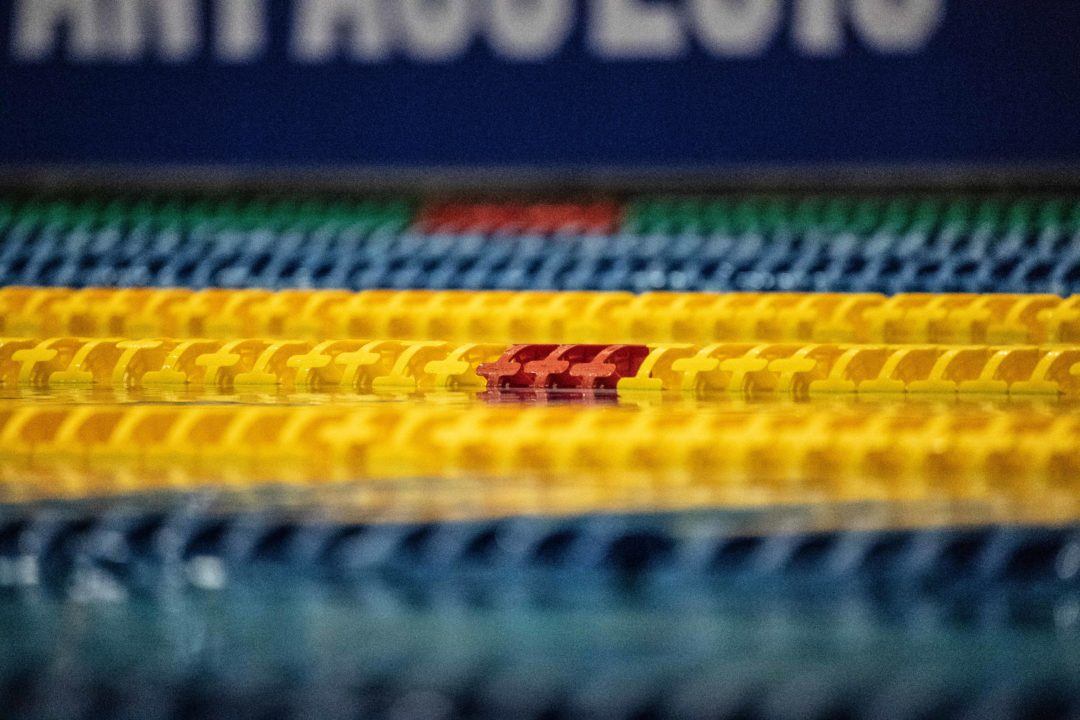 The University of Texas Permian Basin is seeking a new head swimming coach - but the school has not answered our questions about the current staff. Stock photo via Mike Lewis/Ola Vista Photography

The University of Texas Permian Basin has published a job listing for a new head swimming coach and aquatics director – but the school has not answered our questions about the status of the team’s 2019-2020 staff.

UTPB still lists Cameron Kainer on its official team roster as head coach. But a job posting has been published for the head coaching job at the Division II NCAA program. We reached out to the school last week for comment, but they have not responded to our request for comment. An email to Kainer’s UTPB address was bounced back.

Kainer was quoted in a February 7 UTPB press release and referred to in that release as the school’s head swimming and diving coach. It’s unclear when Raasch became the interim head coach, or when UTPB first started advertising a job opening atop its men’s and women’s swimming & diving program.

UTPB’s women finished 4th of 6 teams at the 2020 NSISC Championships, and the UTPB men were 3rd of 5 programs.

This is an odd coincidence. I had never even heard of this school before and then this morning I read that Megan Quann Jendrick is a student (assuming online) there and now I find out they even have a swim team. Weird….

To bad you haven’t heard of UTPB’s swim program. It’s actually a really good up and coming team. Hopefully they’ll find a good young coach who is willing to show he/she can take the program to a higher level. It’s a great opportunity for swimmers who fall just short of D1 times but want to continue competing in the sport of swimming while earning a quality education at a great school.

Really weird/strange that the school has not responded in any way (as yet) to requests made over a week ago concerning the status of the head coaching position?? Hate that the swimmers there are going through this because they are probably being kept “out in the dark” concerning this important matter as well☹️

Actually the AD has talked with swimmers. They have known of the change since at least before this job was listed.

As well as recruits. Cam was doing a good job of reaching out to local teams in BD and ST.