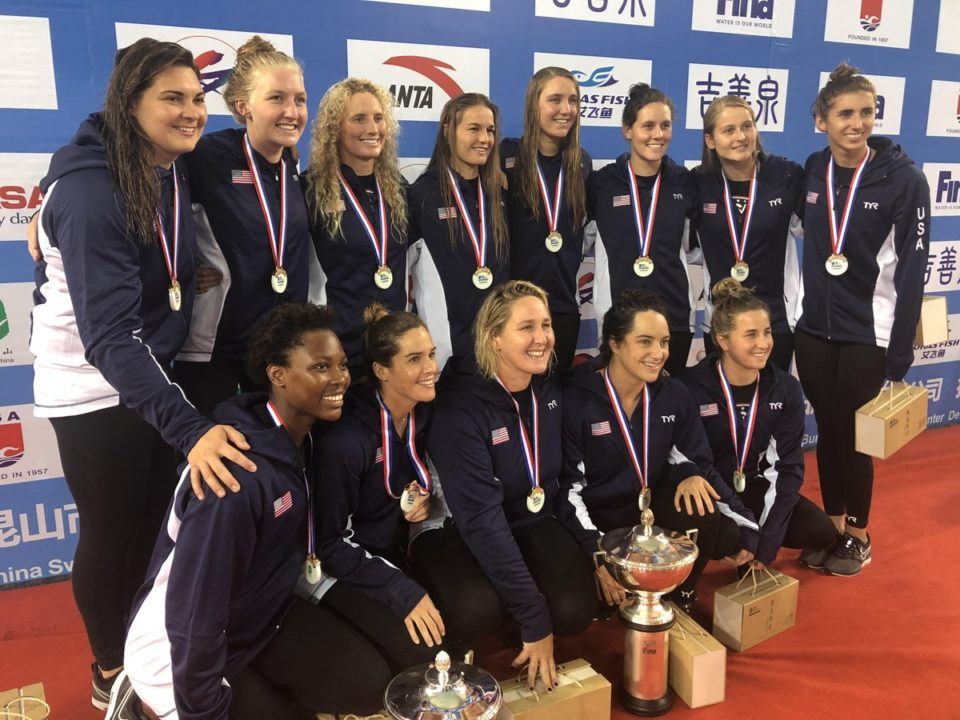 The Netherlands started off in control grabbing a 1-0 lead early before Fattal got Team USA on the board. The Dutch followed with another goal and took a 2-1 lead after one. In the second quarter the United States turned the tables outscoring the Netherlands 2-0 to take a 3-2 lead at halftime. Things were close in the third quarter with the United States holding a 5-4 lead late in the period. Melissa Seidemann (Walnut Creek, CA/Stanford/NYAC) delivered a goal with just seconds remaining in the quarter to put the United States ahead 6-4.

There was one more rally from the Dutch as they opened the fourth quarter with two straight goals to tie the game with 2:27 to play. Maggie Steffens (Danville, CA/Stanford/NYAC) came back with the go-ahead goal with 2:07 to play to put the United States in front 7-6. Paige Hauschild (Santa Barbara, CA/USC/Santa Barbara 805) closed the things out moments later with a tally for an 8-6 lead and a confirmed trip to the top of the podium.

Team USA went 1/5 on power plays while the Netherlands went 2/5 with neither side attempting a penalty. The victory marks the 12th overall Super Final crown in USA Women’s National Team program history.

“We wanted the Dutch to beat Canada so we could play them,” said Team USA’s Melissa Seidemann. “They have a young team and a lot of talent. They are physical and fast and it was a lot of fun. Adam (Krikorian) told us we were doing the right things. We were looking for fluidity on offence. We found it in the end.”

“We worked so hard and had to finish it,” added Team USA’s Ashleigh Johnson. “Those last essential goals were needed to finish the game. A lot of changes have been made (in the team) and people coming back, including me. There are so many pieces of the puzzle. We were a little rough around the edges, but we got into a rhythm and it’s nice in a new team.”