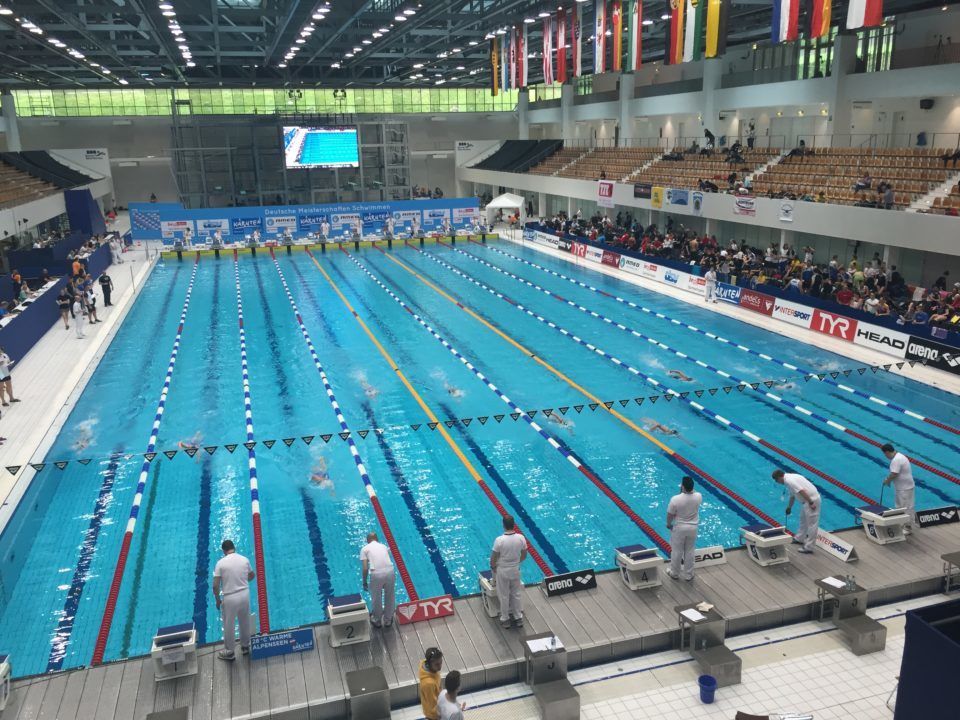 Before the last session of the 2018 German National Junior Championships, Maya Tobehn (born 2002) and Josif Miladinov (born 2003) have collected the most titles: Tobehn was victorious in the 100m freestyle, 100m backstroke, 200m backstroke, 50m butterfly, 100m butterfly and 200m IM. Josif Miladinov was the fastest in his age group in the 50m and 100m freestyle, 50m and 100m breaststroke and 50m and 100m butterfly. Both will swim one last final tonight, the 50m backstroke. Miladinov was born in Bulgaria and lives since 2014 with his family in Gera, Germany. He hasn’t received the German citizenship yet and can be found also in the 2018 Bulgarian swim rankings.

Maya Tobehn won her seventh title in the 50m backstroke in 29.17, the age-group record for the 16-year-olds is held by Laura Riedemann in 28.87.

13-year old Lucie Mosdzien narrowly missed her second age group record at this event, being the first in 30.05, just 0.04 seconds off the current record.

In the last event of the 2018 German Junior Championships, the men’s 50 m backstroke, Michael Schäffner grabbed the gold medal in his age group, born 2000, in 25.74, this was the fastest time of all starters tonight and a new personal best. 2016 Olympic finalist Christian Diener holds the age group record in 25.40.