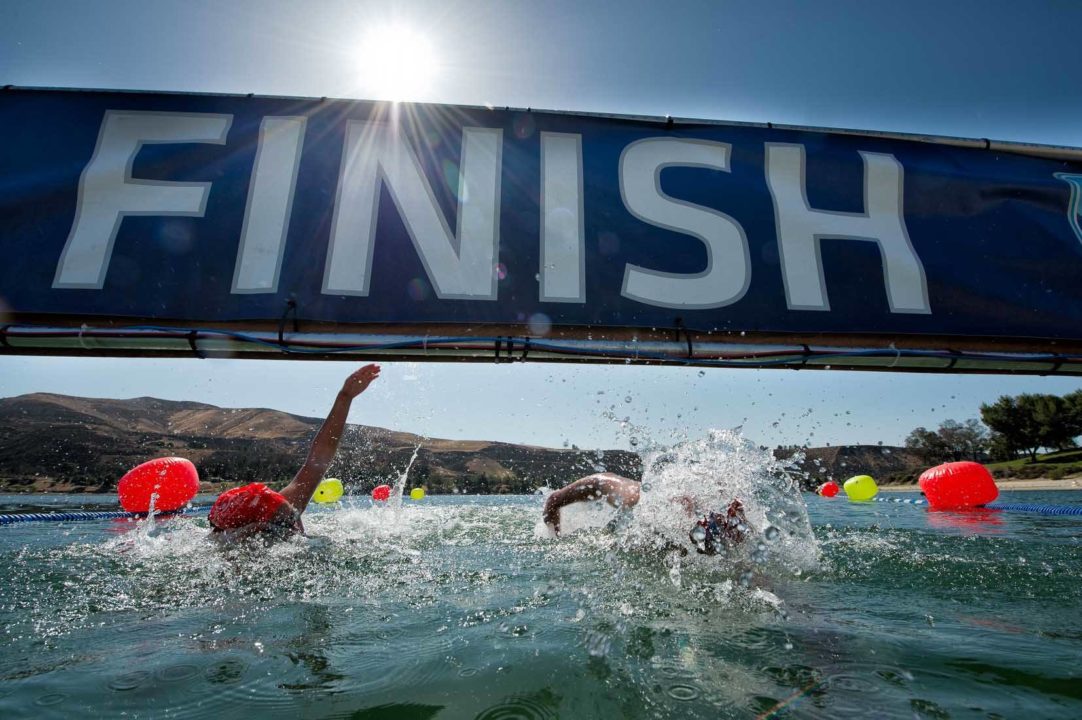 The 2014 USA Swimming open water nationals will kick off this Friday at Lake Castaic in Southern California.  This is... Archive photo via Mike Lewis/Ola Vista Photography

The 2014 USA Swimming open water nationals will kick off this Friday at Lake Castaic in Southern California.  This is the second year in a row that Canyons Aquatic Club has hosted the open water swimming nationals.  Here’s some of the numbers as we look toward the weekend

73 – expected water temperature on the course