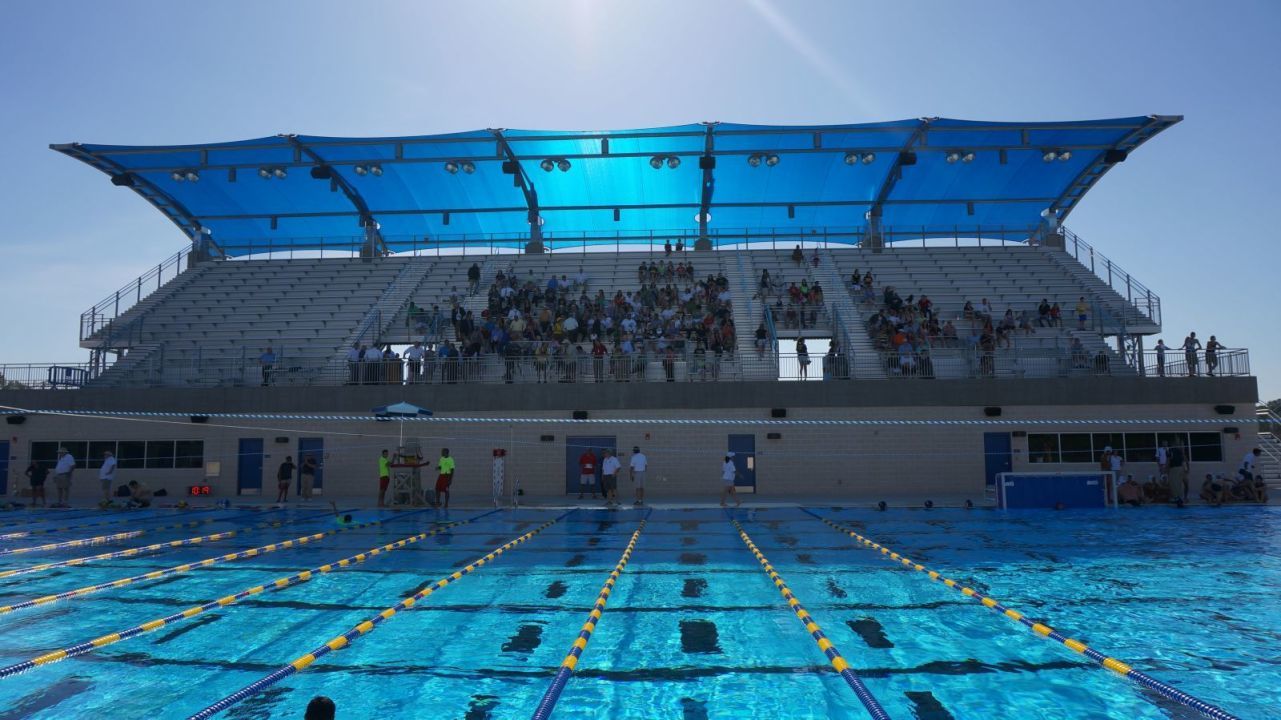 Editor’s note: The dates of Nationals and Junior Nationals have been changed from the original announcement. The dates listed below have been verified with USA Swimming media personnel.

The 2015 National Championships will both be held at the new outdoor Northside Swim Center in San Antonio, Texas. Junior Nationals will go first again this summer from July 30th-August 3rd, and Senior Nationals will be held from August 6th-10th.

With a qualification period from July 1, 2014 through the entry deadline, the result could be a much smaller meet than we usually see, even with slightly slower standards. That and the fact that this meet isn’t really a selection for any travel team of significance (though it will impact National Team selections) will work in favor of reducing numbers at this meet.

The pull in the opposite direction, however, is that the standards will once again include a yards qualification, so swimmers will have a full season of yards swimming to get the cuts, if they missed those cuts at this summer’s championship meets in long course.

Ultimately, we would expect maybe a slightly smaller meet, but not significantly so, as compared to the 2016 Olympic Trials.

The 2016 Olympic Trials standards, all in long course, are listed below as well.

For reference, qualifying times that are slower at 2015 U.S. Nationals than at the 2016 Olympic Trials:

On my tablet (android), the senior standards were linked twice.

whoknows – weird, it shows up correctly (juniors and seniors) on my PC. Will tinker with it and see if I can figure out what’s going on. I’ll email you separately to troubleshoot.

USA Swimming sight has the following for Jr’s.

Thanks julie, looks like they changed the dates since it was first announced. Updated the article above.

Yes but those dates don’t make a lot of sense either, July 30-Aug 3 would be a Thursday-Monday. Could you check on correct date please?

Dates have been verified with a USA Swimming spokesperson. Juniors are 30th-3rd, seniors are 6th-10th.

Have verified the dates as posted above. Dates were tweaked from the original announcement.