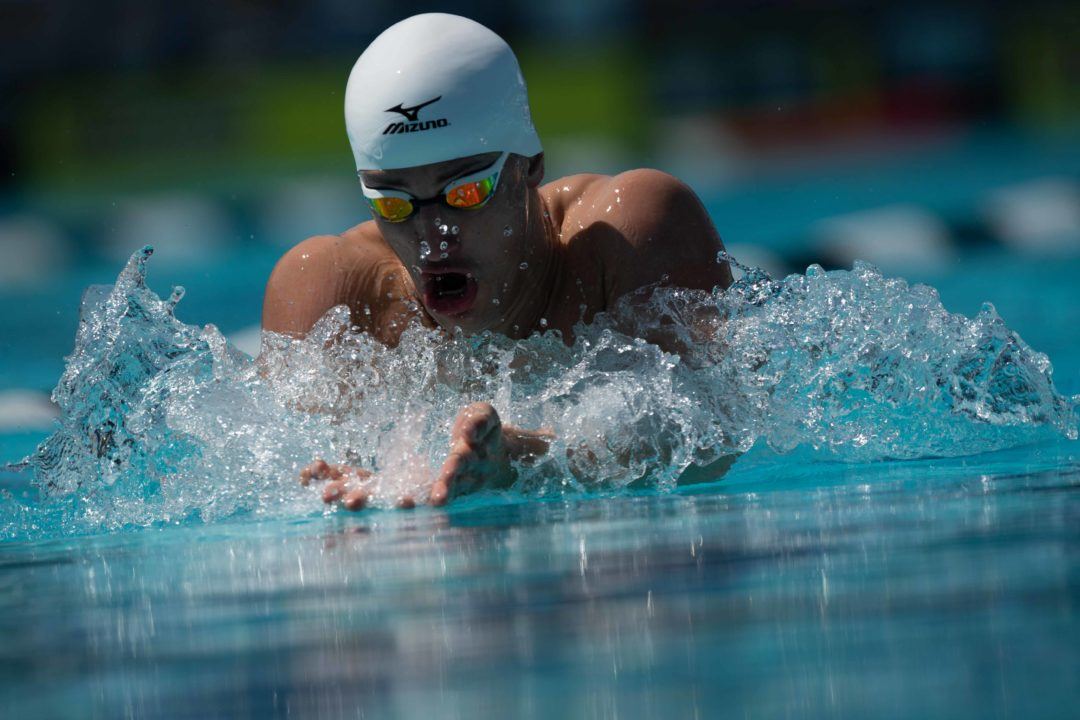 The USA men dropped almost a second off the course and American Records in the final men's race of the 2018 FINA Short Course World Championships. Current photo via Mike Lewis/Ola Vista Photography

The USA men wrapped up the men’s side of competition at the 2018 FINA Short Course World Championships by knocking almost a second off of the course and American records in the 4×100 medley relay.

Ryan Murphy put the Americans in a good position to start, touching 2nd just behind Russian phenom Kliment Kolesnikov, 49.62 to 49.63, with both men a few tenths slower than their medal-winning times from earlier this week.

The USA faded to 4th after Andrew Wilson‘s 56.84 split on breaststroke, but Caeleb Dressel regained the lead thanks to a 48.28 fly leg. That split was right in line with his individual time, but was the fastest in the field tonight by over a second.

Ryan Held had the somewhat unusual spot of getting the nod on a finals medley relay leg despite not being in the individual 100 free, but the call appears to have been the right one, as Held held off Vladimir Morozov with a 45.23 anchor leg to give the USA the victory by .63s.

The Americans’ time tonight broke the meet record, which was set way back in 2010 by the USA, as well the American Record from the 2015 Duel in the Pool. Here’s a look at the comparative splits:

While the back and free legs are fairly in line with each other over those three races, there’s a lot more variability in the breast and fly. The fastest breast split comes from Mike Alexandrov eight years ago, but while Wilson’s split tonight may have the 3rd-slowest in the field, it was still substantially faster than Cordes’s split from three years ago, and in fact, made the largest margin of difference between tonight’s time and the 2015 relay’s time.

In a reverse fashion, while Dressel’s split tonight was dominant compared to the rest of the competitors, it was still about two-tenths slower than the 2015 split by Tom Shields, whose American Record in the 100 yard butterfly Dressel took down earlier this year

Is it Mike Alexander or Alexandrov ? His split was the fastest of the 3 breast legs Usa had anyway !

thats what i thought – thanks for the confirmation

Wasn’t he the guy that got caught with cocaine on a drug test?

Shatter is a bit of a hyperbole for a 400, but congratulations to all.

They took nearly a second off of it. That’s a lot for a relay record or any swim over 400m.

The Breaststroke leg of Andrew Wilson 56.8 was way faster than Cordes 58.0

I was thinking the same thing, I know people were complaining about Wilson and MA being “slow” but I’d take their splits over the 58

Ryan Held is a relay beast!