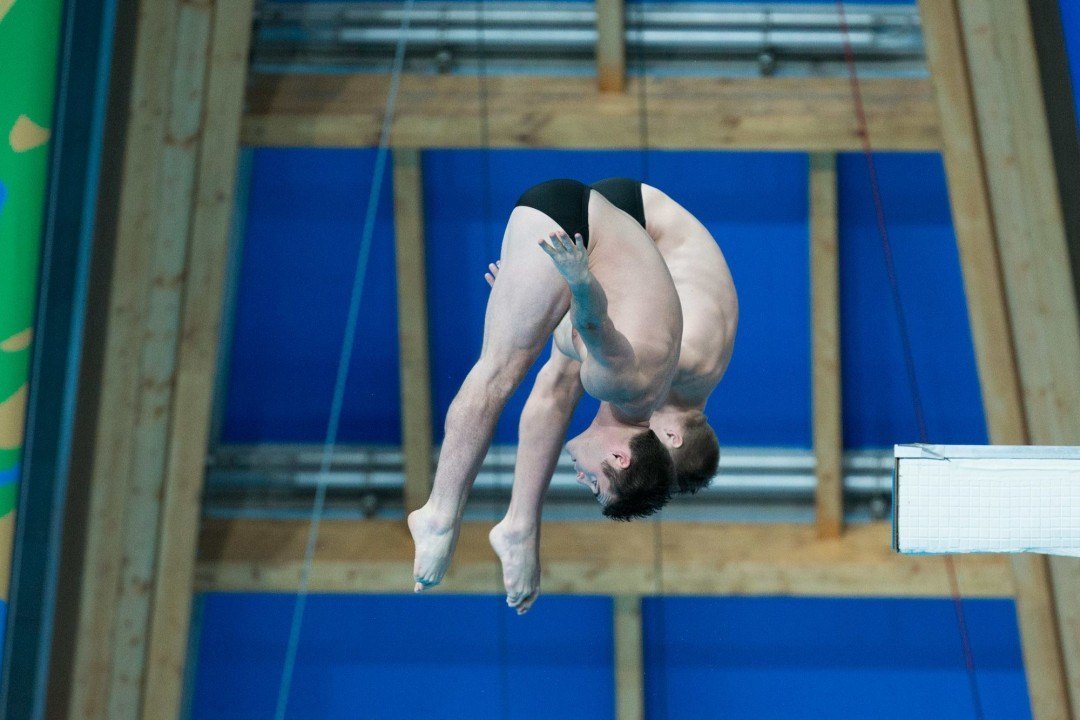 Steele Johnson, Kassidy Cook, and Tarrin Gilliland were among divers who qualified for world championships slots at the USA Diving Synchronized National Championships this month.

Earlier this month at the 2017 USA Diving Synchronized National Championships in Atlanta, six pairs of divers set their place on the United States world championships squad.

Olympian Steele Johnson (who already qualified for the team in December on the one-meter) paired up with his Purdue teammate Brandon Loschiavo to win the men’s synchronized 10-meter platform with 821.16 points. The women’s 10-meter title went to Jessica Parratto and Tarrin Gilliland with 609.06 points.

Olympian Kassidy Cook of Stanford teamed up with Maria Coburn to take the women’s 3-meter with 573.15 points. The men’s 3-meter went to Michael Hixon and Samuel Dorman.

To round out the world championships qualifiers, Lauren Reedy and Briadam Herrera won the mixed synchronized 3-meter (285.66), while Gilliland and Andrew Capobianco took the mixed 10-meter (311.10).

The 1-meter divers for Budapest were already determined at the U.S. Winter Diving Nationals in December. Divers will fight for spots in the individual 3-meter and 10-meter at USA Diving’s 2017 World Championship Trials May 19th-21st in Indianapolis.

You can see the team members qualified up to this point below: