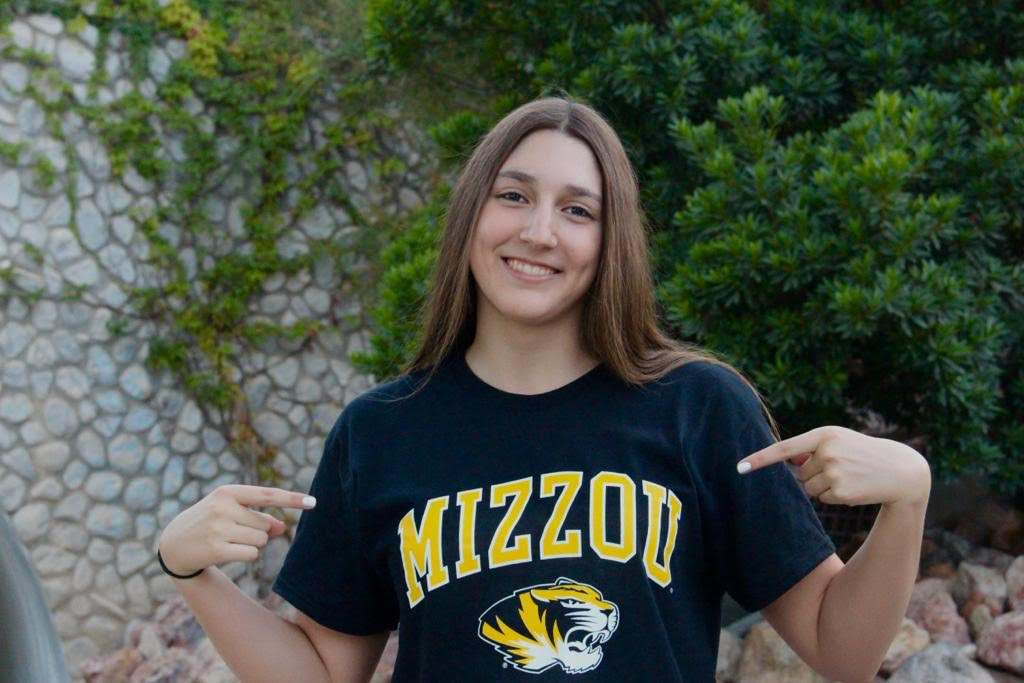 After a breakthrough summer, distance specialist Chloe Mudadu has announced her verbal commitment to Mizzou for the 2023-2024 season. Current photo via Chloe Mudadu

US Open qualifier Chloe Mudadu has announced her verbal commitment to the University of Missouri, beginning in the fall of 2023. Mudadu currently trains with the Sandpipers of Nevada, and is completing her final year at Faith Lutheran High School, located in Las Vegas, Nevada.

“I am thrilled to announce my verbal commitment to continue my swimming and academic journey at the University of Missouri! I’d like to thank my family, friends, coaches and teammates for supporting me. Go Tigers!”

Mudadu specializes in distance freestyle. She had a breakthrough summer this year, earning herself US Open qualifying times in the 1500 and 400 free. Mudadu has only swam the 1500 four times in her career, all of which have been in the last two LCM seasons. Her first time contesting the event was in June of 2021, where she stopped the clock at 18:56.80. The 400 free is a similar story–she has only swam the event six times in her career, with the first being in 2020 where she clocked in at 5:26.63. If her improvement carries over to short course, her distance free events could see some big drops over the course of her senior year.

At the Western Zone Senior Championships in July, she recorded seven personal bests and claimed two 1st place finishes (1500 & 400) and two other top-3 finishes (200 free & 800 free). En route to her victory, she dropped almost a minute from her 1500 best time, and over 16 seconds from her 400 best time.

The Mizzou women finished 9th out of 12 teams at last year’s SEC Championships. Their highest finisher in the 1650 and 500 was Allison Bloebaum, who finished 12th with a time of 16:19.96, and 22nd with a time of 4:46.16. Bloebaum is now graduated, making distance freestyle a weakness for the Tigers. Although Mudadu’s SCY times are outside of SEC scoring range, she still has a year before arriving in Columbia for her short course times to catch up to her long course ones.

WAY TO GO CHLOE! Great get by Mizzou