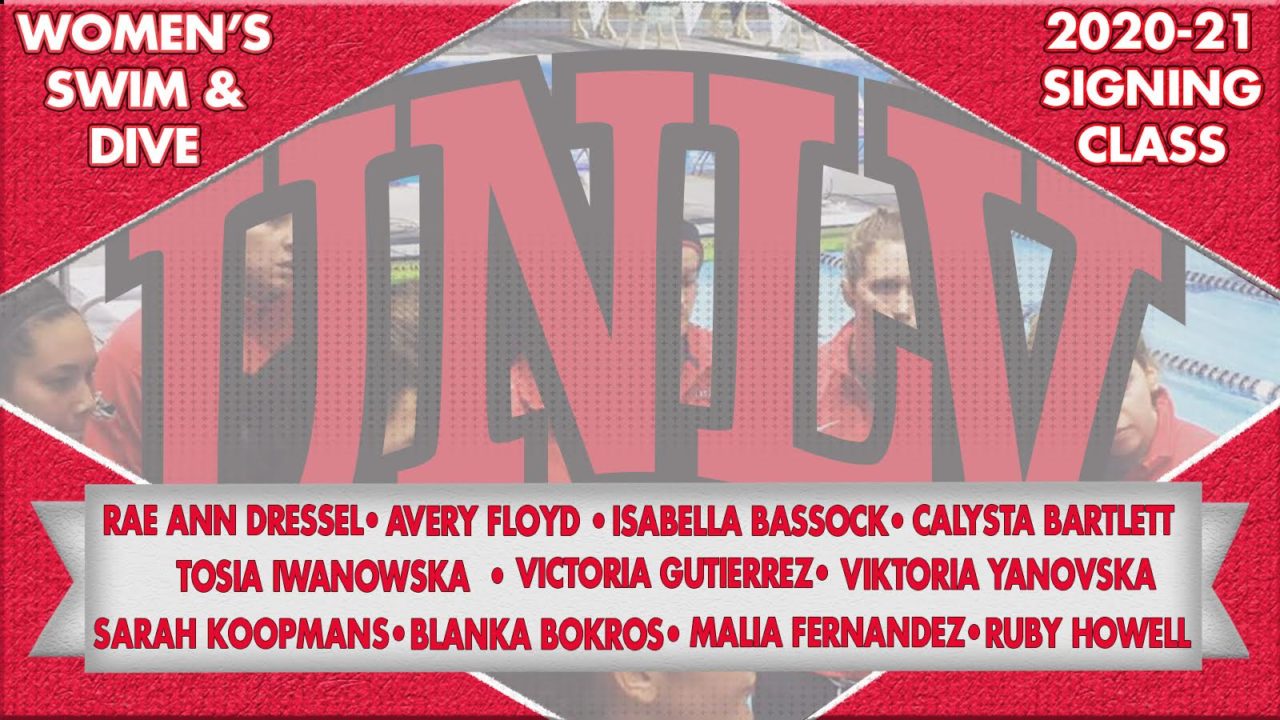 “Building a recruiting class is a team effort, and I’d like to thank our staff and student-athletes for helping recruit these awesome women to Las Vegas,” said Loorz. “Introducing the newcomers to our fans and families at the beginning of each season is a great UNLV tradition. We covered a lot of ground with this class, both geographically and in terms of depth.  They have already been a very impressive group since we have started school.  Nationwide, this class has had unique challenges, both in the recruiting process and in transitioning to university life, but this group has adapted and advanced very well. It gives us great optimism for their future.”

Tosia Iwanowska (Wroclaw, Poland) headlines the Rebels’ deep list of newcomers, which is heavy in the breaststroke group. The No. 2-ranked breaststroker in Poland, Iwanowska is a member of the Polish national team and owns a 1:08.95 in the 100m breaststroke. The signing of Iwanowska adds depth to the Rebel squad in an area that is extremely competitive in the Mountain West, which featured three NCAA qualifiers in the 100 breast last season.

Another top performer who will look to have immediate impact at the top of the conference is Hungarian Blanka Bokros (Budapest, Hungary). Bokros follows the path of previous Hungarians to compete in the butterfly for the Rebels, joining the likes of 2009 All-American Zsuzsanna Jakabos. Bokros’s times of 2:10.93 in the 200m and 1:01.00 in the 100m distance are expected to transfer very well for the Rebel squad. In addition to Bokros, sprint butterfly specialist Sarah Koopmans (Kamloops, B.C. /South Kamloops Secondary School) comes to UNLV from British Columbia and holds a time of 1:01.45 in the 100m butterfly.

Joining UNLV on the diving side, Viktoria Yanovska (Nikolaev, Ukraine) hails from the Ukraine national team where she is the top junior diver in the country. Yanovska shows potential to be an impact competitor for the Rebels, as her decorated career includes multiple Ukrainian national championships and a top-10 finish at the Junior European Championships. Isabella Bassock (Denver, Colo./Heritage HS), a former level 10 gymnast, joins the Rebel diving squad after a distinguished career in which she set six records for her club team and added top-10 finishes in the state championships as a junior and senior at the high school level.

The Rebel class includes homegrown talent as well in local standout Victoria Gutierrez (Las Vegas, Nev./Palo Verde HS).  A product of the nation’s 10th-ranked Sandpipers club team, Gutierrez was having a breakout season before the pandemic, notching a 2:04.53 in the 200m freestyle and a 4:52.88 in the 500 yard freestyle in January. A highly versatile talent, Gutierrez will impact the Rebels in five or six events.

The Rebels also welcome the duo of Calysta Bartlett (Yucapia, Calif.) and Malia Fernandez (Tracy, Calif./Central Catholic HS) from the Golden State. Bartlett brings depth to UNLV in the breast/IM after a stellar club career for the Yucaipa Swim team, while Fernandez is the lone sprint freestyle specialist in the class from Central Catholic High School.