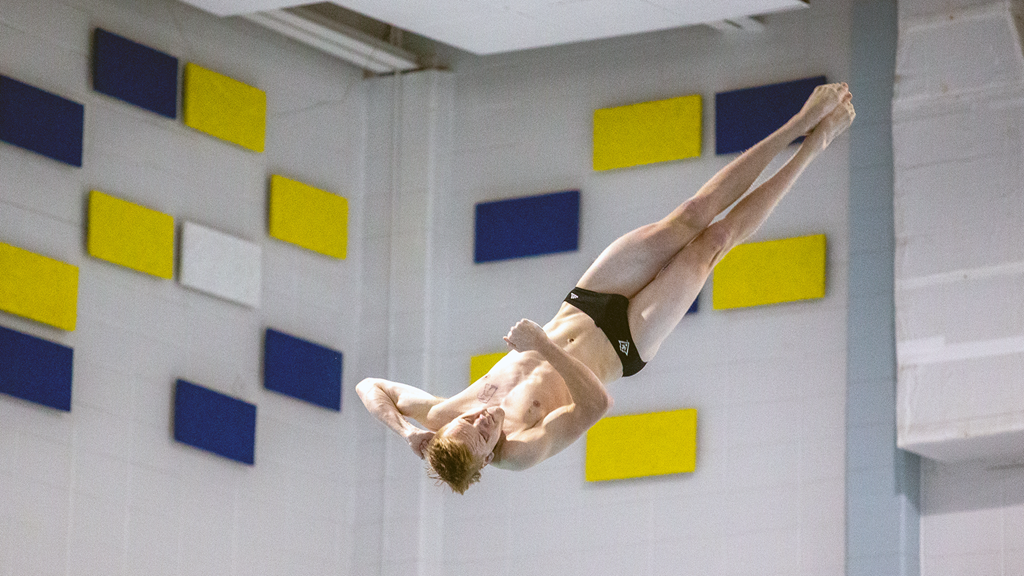 NEWARK, Del. (Mar. 27, 2021) – Day two of the Colonial Athletic Association (CAA) Diving Championships was highlighted by a pair of UNCW student-athletes as Kolbein Bjugan won the men’s 3-meter diving event and Courtney Clausen was victorious in the women’s 1-meter diving competition. Bjugan won the men’s 3-meter dive sweeping both diving events at the 2021 CAA Championships while Clausen stood all alone atop the podium in the women’s 1-meter diving competition after tying for the top spot a season ago.

Men’s 3-Meter Diving
After defending his 1-meter diving title in yesterday’s competition, Bjugan completed the feat again this evening winning the men’s 3-meter dive with a score of 332.85. Towson’s Will Canny and Ajani Dorner finished second and third in the event with scores of 305.00 and 237.95 respectively making today’s 3-meter diving finish a mirror image of yesterday’s 1-meter results.

Women’s 1-Meter Diving
One year removed from tying James Madison’s Emily Gross for the top spot in the 1-meter dive, Clausen outlasted another Dukes’ diver, Lindsey Hammer, to claim the individual title by a score of 282.20 to 265.90. Hammer, who finished runner-up, led the Dukes’ divers who recorded six of the top eight finishers in the event. Gross, who won yesterday’s 3-meter competition, joined her teammate Hammer on the podium with a score of 263.35.

The CAA Swimming and Diving Championships will continue Monday, March 29 with the commencement of the women’s swimming competition.