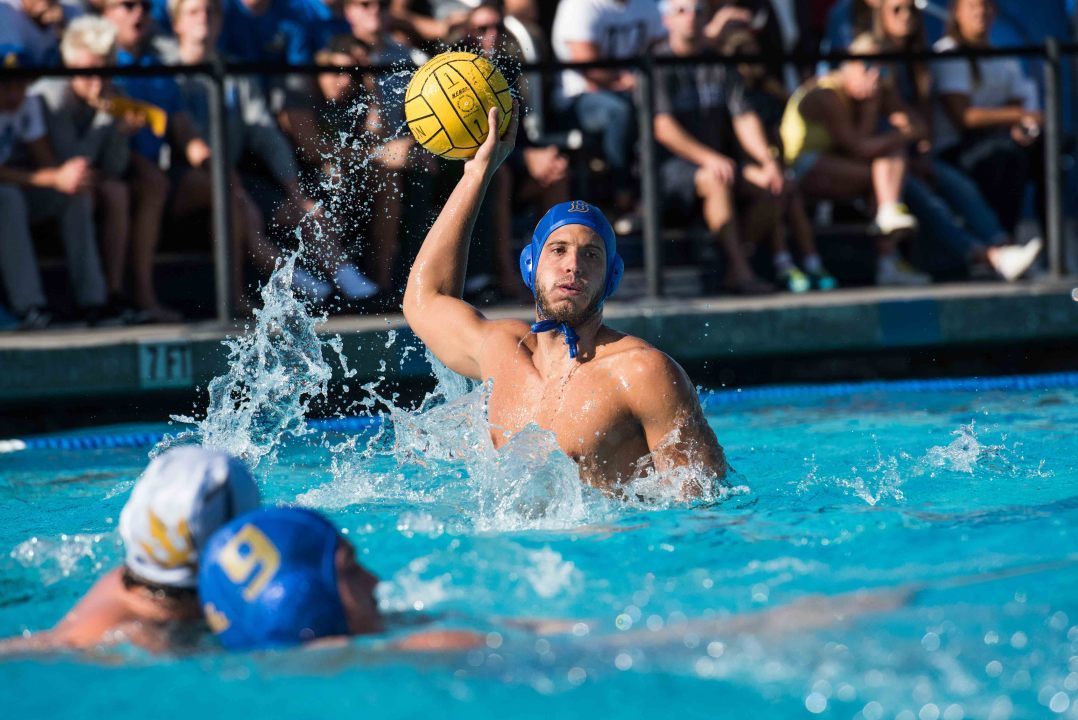 The new World Cup format will consist of two levels – including the top 12 men’s and top eight women’s teams in “Division 1.”

The two-time defending National Champion Bruins acquire 99 points this week to just miss out on repeating as a unanimous No. 1 selection.  Whittier College retains is position as a uncontested No. 1 selection, however, as the Poets retain their position on top of the Division III Top 10 Poll.

The 2014 and 2015 National Collegiate Athletic Association (NCAA) Champion Bruins of the University of California-Los Angeles lose their position as the undisputed No. 1 team in the nation, but continue to rank in the top spot in the 2016 National Men’s Varsity Top 20 Poll thorugh games of September 12.

Brown University (39 points) retains its position at No. 14, while Bucknell University (31 points), California Baptist University (19 points) and San Jose State University (15 points) each ascend one slot to take over at No. 15-to-17, respectively.

Two newcomers crack the Top 20 as St. Francis College Brooklyn (13 points) and George Washington University (12 points) slide into the No. 18 and 19 positions with Santa Clara University(6 points) once again completing the Top 20 in the final spot.

The Poets of Whittier College (100 points) remain a unanimous No. 1 selection in the 2016 National Men’s Varsity Division III Top 10 Poll through games of September 12.

Whittier, which had 96 points to top the Preseason Poll prior to acquiring a perfect 100 points after the first week of competition, leads a Division III Top 10 which more changes after 14 days of competition.

Claremont-Mudd-Scripps Colleges (94 points) holds at No. 2 with Pomona-Pitzer Colleges (88 points) eeking past the University of Redlands (87 points) to take over at No. 3

The Massachusetts Institute of Technology (80 points) remains at No. 5 with Chapman University(73 points) shattering a tie with Johns Hopkins University to assume sole control of the No. 6 spot in the Top 10.

California Lutheran University (68 points) and the University of La Verne (62 points) both climb one position to take over at No. 7 and 8, respectively.  Johns Hopkins (58 points) drops back to No. 9 with Occidental College (44 points) concluding the Top 10.

Bucknell University, which rose to the No. 1 position in the Week 1/September 7 Mid-Atlantic Water Polo Conference (MAWPC) Top Five Poll with 98 points, gains a more solid grip on the top spot after two weeks of action as the Bison are now a unanimous top choice with 100 points.

The Top Five experiences no significant chances this week as George Washington (93 points), Navy (89 points), Johns Hopkins (71 points) and Fordham (64 points) continue at No. 2-to-5 behind Bucknell.

Six teams received votes this week as first-year varsity program Wagner College (33 points), which was unranked last week, is now in the conversation for a position among the MAWPC’s elite through two weeks of action.

The first-year Northeast Water Polo Confernece (NWPC) continues to be Ivy-speckled through the first two weeks of the 2016 Men’s Varsity season as 2015 Collegiate Water Polo Association (CWPA) Champion Princeton Universitycontinues to narrowly hold onto top billing in the group by a single point.

Princeton, which topped fellow Ivy League institution Brown 95-94 for the No. 1 spot in the Preseason rankings, increases its point – but not its lead – for the second week in a row as the Tigers edged the groups other Ivy League school, Harvard, 97-96 last week prior to topping the Crimson 98-97 this week.

Harvard, which was ranked at No. 4 in the Preseason voting and is tied with Princeton at No. 9 in the National Top 20 Poll, continues to breath down the neck of the Tigers with Brown (90 points), St. Francis Brooklyn (85 points) and MIT (64 points) continuing to pace behind at No. 3-to-5, respectively, in completing the Top Five.