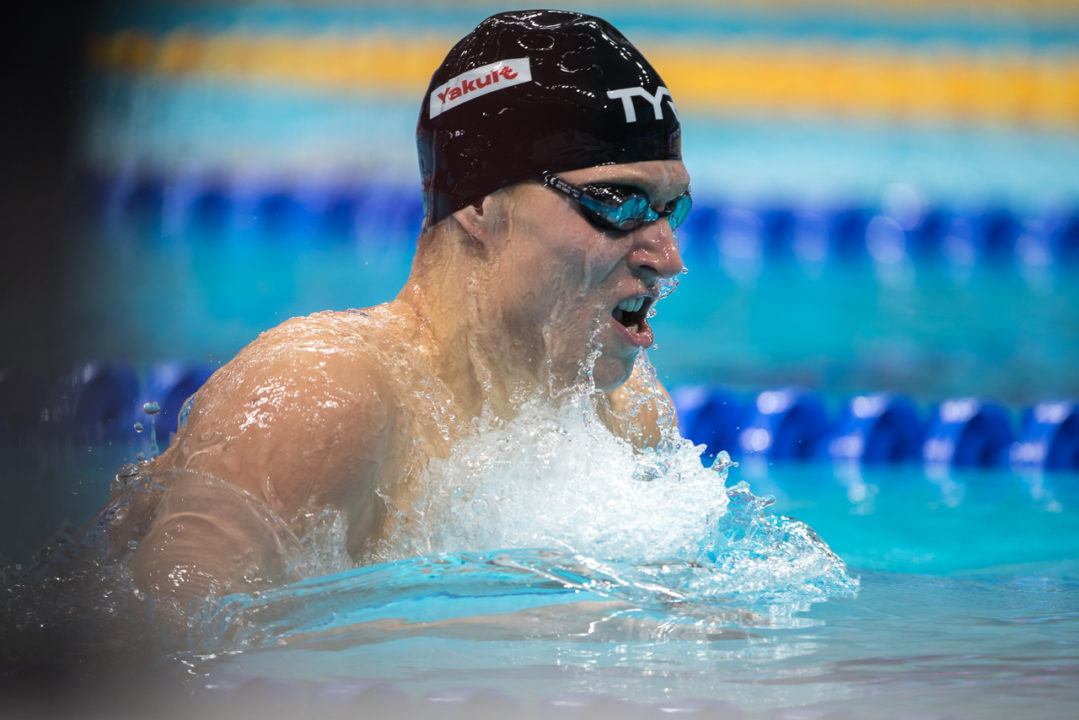 There were no surprising scratches– two international swimmers with Florida ties, Scotsman Mark Szaranek and Kiwi Corey Main, have scratched an event for tomorrow morning. Additionally, Jamaican breaststroker and world record holder Alia Atkinson is not entered in the 100 fly and 100 breast, where she had previously appeared on the psych sheet.

From a quick glance at the heat sheets for tomorrow morning, a big heat is the last one in the men’s 100 breast. There, Cal future (Reece Whitley) and past (Josh Prenot) are racing side-by-side in lanes 4 and 5, respectively. Meanwhile, Michael Andrew is in lane 4 in the penultimate heat, and Cody Miller and Nic Fink will also join them in the circle-seeded heats for what should be a fantastic final with most of America’s top male breaststrokers.