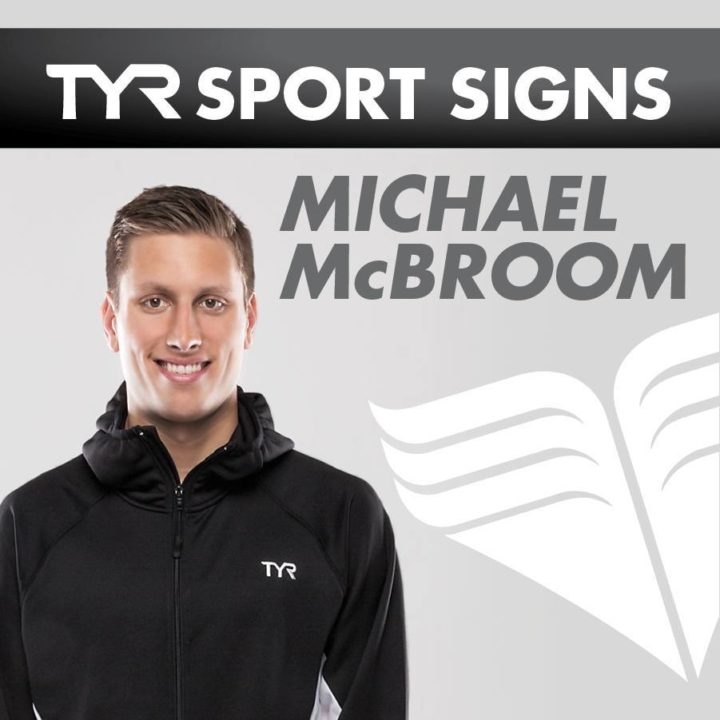 The 6’2” University of Texas graduate topped off a momentous year by excelling as a member of Team USA at the 2013 Duel in the Pool. He won the 800 freestyle event with a time of 7:33.99, which simultaneously slashed the previous American record by nearly six seconds.

McBroom has certainly kept his momentum going into 2014, as evidenced by his strong performance at the Grand Prix circuit. The third installment of the six-event series took place earlier this month in Orlando. McBroom continued to shine, winning the Men’s 1500 freestyle with a time of 15:14.09 to knock off the previous meet record by more than 15 seconds. He currently stands at third place overall in the Grand Prix series for the men.

“Signing with TYR gives me the opportunity to have the best and coolest swim gear, so that I am ready to go for every practice and every race,” said McBroom. “I now have the support and the freedom I need to work toward my goals. I plan to especially focus on my distance freestyle training, and I hope to eventually fight my way onto the 2016 Olympics Team.”

McBroom clearly has a bright future ahead of him, and TYR Sport is excited to see the new heights he’ll surely reach.