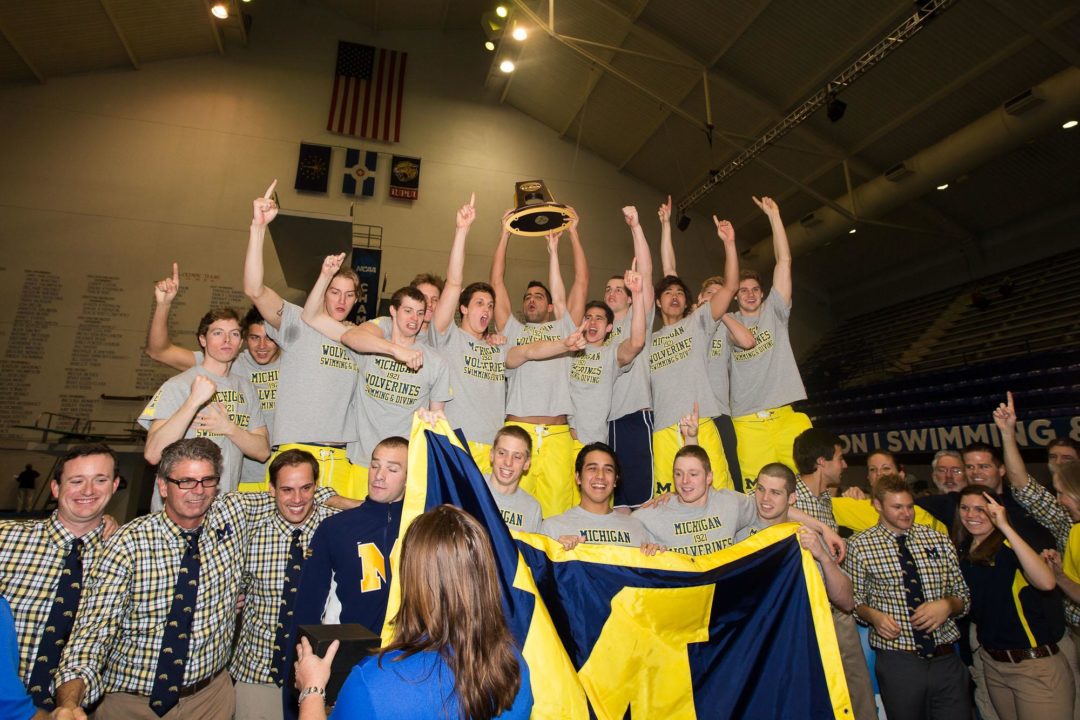 Michigan senior diver Kevin Bain is one of 6 nominees from Michigan for the Rhodes Scholarship.

One current and one former member of the Michigan Wolverines swimming & diving program are among the school’s six nominees for the 2015-2016 Rhodes Scholarship program. Senior diver Kevin Bain and former swimmer David Moore, both Michigan natives, have been put forth for the prestigious academic program that will allow the eventual recipients to spend two years studying at Oxford in England.

Moore is also nominated for the Marshall Scholarship.

The two are the only two of the six Michigan nominees that come from the athletics department. They will now go into a pool with other nominees in their region (Michigan, Minnesota, Wisconsin, and West Virginia), with 32 Americans eventually being chosen from 16 regions.

Bain is currently working in two undergraduate degrees, in comparative literature and international business; and Moore graduated in the spring with a degree in mechanical engineering and is working on his master’s degree.

Former Michigan swimmer David Moore is also one of 6 nominees from the university for the Rhodes Scholarship.

A swimmer last won this award when Johns Hopkins co-captain Eleanor Gardner was named one of the United States’ 32 recipients in December of 2012. Other swimmers to win the award include 1996 NCAA Champion Annette Salmeen, Auburn  swimmer Jordan Anderson in 2009, and Arizona All-American Justine Schluntz in 2010.

Michigan has produced 25 Rhodes Scholars in its history. That’s the second-most among all 14 Big Ten schools (Wisconsin has produced 30). Michigan’s most recent honoree is Abdul El-Sayed, who earned a spot in the program in 2008.

The Leaders and Best!

This is absolutely great stuff. Congratulations to Kevin Bain, to David Moore and to Mike Bottom and the rest of the UM staff. UM is doing it right in and out of the pool.