The Two Important Nuances of a Great Kicker 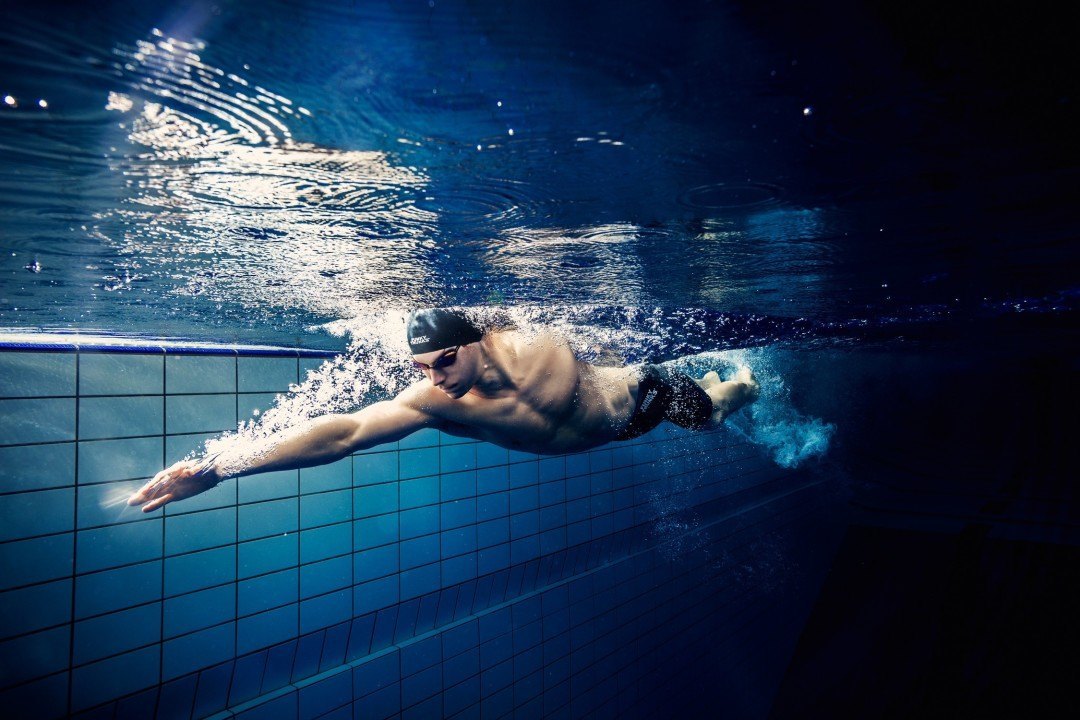 I want to bring your attention to two common, but not widely recognized, problems of the kicking motion that adversely affect kicking speed. Neither is related to propulsion, but both are related to frontal drag. Current photo via Funky Trunks

I want to bring your attention to two common, but not widely recognized, problems of the kicking motion that adversely affect kicking speed. Neither is related to propulsion, but both are related to frontal drag.

In freestyle, after the down kick, a swimmer will often relax the foot before initiating the next up kick. By relaxing the foot, it will hang down toward the bottom and cause as much as a 40% increase in frontal drag. In swimming, within hundredths of a second, a swimmer can change from quick acceleration to dramatic deceleration because of an adverse body position, like the hanging foot. A fast kicker transitions from their down kick to up kick quickly, avoiding the hanging foot.

During the up kick, a fast kicker should bend the knee to around 60 degrees or less to limit frontal drag. If the swimmer draws the foot up and forward too aggressively during this motion, he causes more frontal drag resulting in more deceleration. Therefore, the motion of the foot needs to be very fast at the beginning of the up kick, with short transition time between down and up kick, but not too fast on the up kick once the propulsive phase is over.

Sound complicated? Well, it is and that is why we don’t see that many really fast kickers. To do so requires great plantar flexibility, great strength of core and legs, fitness and the knowledge and experience of when and how to move the feet and legs.

A fast kick is the way to a fast swim…so that is why at The Race Club, we focus on developing a lot on kicking speed and propulsion, like in this video.

Read Part I: Getting the Motion Right

Read Part II: The Importance of the Up Kick

The Race Club, logo The Race Club provides facilities, coaching, training, technical instruction, video, fitness and health programs for swimmers of all ages and abilities. Race Club swim camps are designed and tailored to satisfy each swimmer’s needs, whether one is trying to reach the Olympic Games or simply improve one’s fitness. Our programs are suitable for beginner swimmers, pleasure swimmers, fitness swimmers, USA swimming or YMCA swimmers, or triathletes; anyone who wants to improve swimming skills. All of our Race Club members share an enjoyment of being in the water and use swimming to stimulate a more active mind and body.