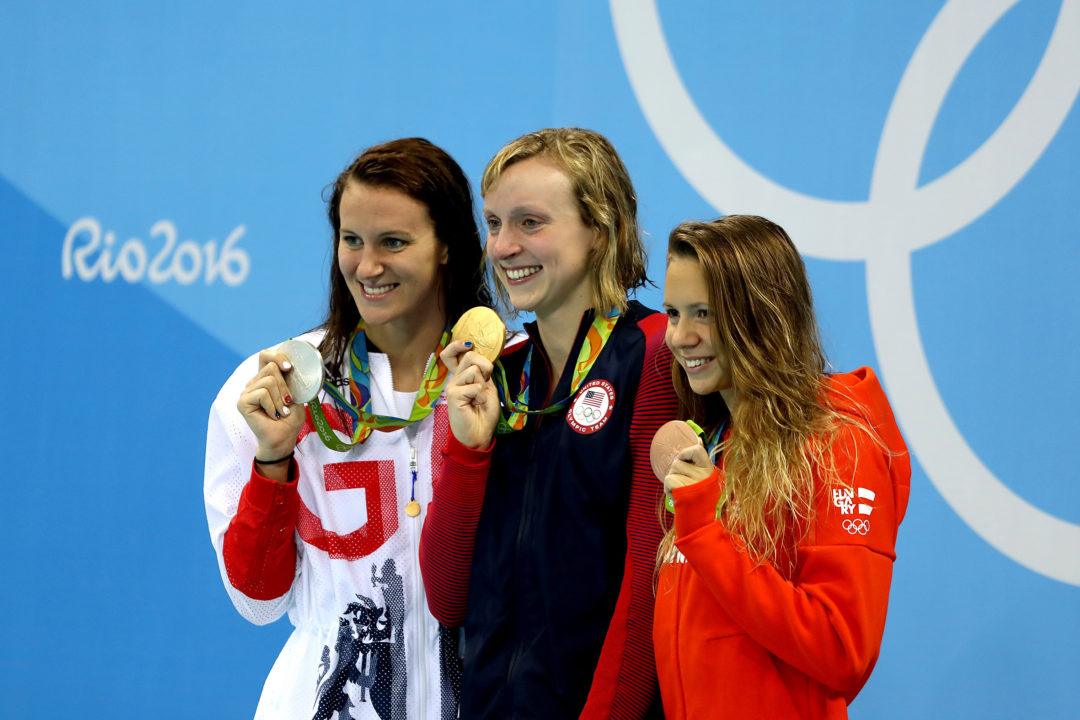 The United States Olympic Committee (USOC) has ramped up its cash payouts associated with the Operation Gold program for the 2017-2020 quadrennial period.

The program gives athletes financial incentives for performance at the premier international event for their sport in a given year. Beginning in 2017, the payouts for medals at World Championships, Olympic, and Paralympic Games, and select other designated events once-per-year, will increase by 25%.

New award levels for the Olympics:

* – individual sports only, team sports must finish in the top 6.

2016 was a historic year for Team USA. Their 121 Olympic medals were the most they’ve ever won at a non-boycotted Games, and the 115 Paralympic medals was their most since the 1996 Paralympic Games on home soil in Atlanta.

The recent increases become magnified even further as a result of the United States Congress to eliminate taxing Operation Gold prize money – a bill signed into law by President Barack Obama earlier this year.

While the numbers are an improvement, the rewards still pale in comparison to those received in other countries. In Singapore, for example, swimmer Joseph Schooling, who beat Michael Phelps for a 100 fly gold medal, was rewarded with the equivalent of $753,000. That was the country’s first-ever Olympic gold medal.

Indonesia, who has 7 Olympic gold medals in its history (all in badminton), offers rewards of $383,000 to its Olympic champions.

How much prize money do athletes win for a gold medal? #Rio2016 #Olympics pic.twitter.com/itfnq8b8z6

Many of the individual Olympic sport federations offer bonuses above and beyond what the USOC offers. USA Swimming offers $75,000 for an individual gold medal, $30,000 for silver, and $15,000 for bronze. Relay participants divide the USA Swimming bonus among its participants.

Operation Gold money, and money paid under similar programs in foreign countries, can be accepted by NCAA athletes without impacting their college eligibility.

19 members of the 2016 United States Olympic swim team still have college eligibility remaining. Among the biggest winners among college-eligible swimmers were:

Informative article. In s sport that is not financially rewarding as a whole, it’s nice to see that USA swimming does its part to reward the medalists who have trained for so many years for their accomplishments.

I see that the USOC still likes to discriminate against the Para athletes. Its really a shame that they work as hard and are not treated equally

It is worth noting that there are several classes for Para sports that would drive the committee bankrupt if they paid the athletes the same as they do for the Olympics.

But the offsetting argument is that they dont swim nearly as many events and in many classes there is no USA competitor. There are 14 classes so the equivalent performance would be about 420 medals won!! The reality is I think they won 35 or so.

I don’t think the avg reader knows this but there was actually a lawsuit filed that tried to address this issue and the athletes lost and this was back in 2007-08 so its up to public pressure to make things more equal.

What about Singapore? How much did Joseph Schooling get? Wasn’t it over $700,000?

Read the entire article. I promise afterwards you might discover the answer to that question. Play close attention to the wording highlighted in red.

Do short course worlds count in this arrangement?

Katie Ledecky is fast, but I think the girl on the right, Boglarka Kapas is even faster. She’s hot!

Boglarka Kapas, the chick on Ledecky’s right in the picture is a babe.

Maybe FINA can do something productive and appreciated by swim fans…a swimsuit calendar with the babes of swimming.

I believe that four years ago, USA Swimming paid amounts for medals in addition to the USA Olympic Committee. I have not seen anything on this for 2016. Does anyone know what happened? Did USA Swimming not pay out like they did in 2012?