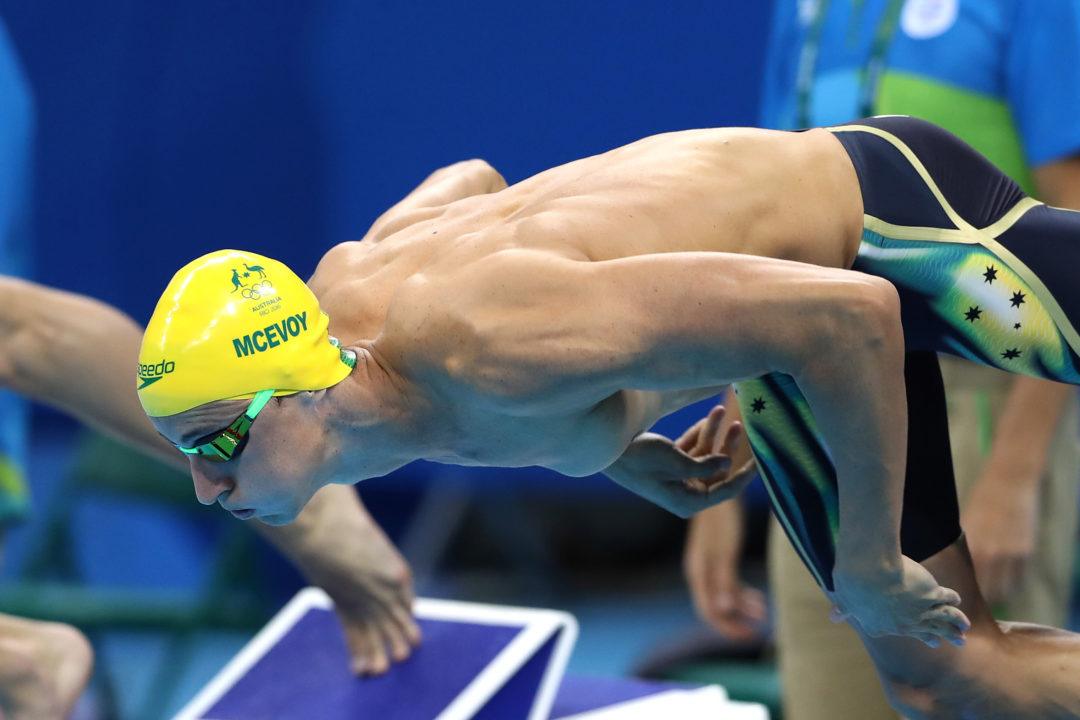 Even with big names such as Mitch Larkin and Emily Seebohm having just completed competition at the 2016 FINA Short Course World Championships far over in Canada, the state of Queensland, Australia still has a fair share of talent present at this year’s Queensland Open Championships. The 6-day meet takes place in the long course pool format at Brisbane Aquatic Center and covers a wide spectrum of athletes, including age groupers and pros alike.

Halfway through the competition, St. Peters Western holds a solid lead over in-state rivals within the overall club competition. Chandler possesses the next highest point total with 380, followed by Somerset (251), TSS Aquatics (224) and Rackley (218). The performances for the meet’s most famous faces have been on the quiet side thus far, with times generally faring far from the athletes’ personal bests. Nonetheless, the meet is indicative of the post-Rio, back-to-training fitness levels of athletes ready to kick-off the next quadrennial.

2016 Olympic finalist Brianna Throssell kicked off her Queensland meet with a win in the women’s 200 freestyle race. The butterfly specialist touched in 1:58.10 to hold off Olympic teammate Madison Wilson, who settled for silver in 1:58.86. Wilson upgraded to gold shortly thereafter, however, nabbing the top spot in the 100m backstroke event in a time of 1:00.28, winning the event by 2 seconds.

Throssell’s new UWA West Coast teammate, Tamsin Cook, took the 400m freestyle event in the only sub-4:10 mark of the field. 4:08.22 is what 17-year-old Cook, the youngest member of the Australian Olympic contingent, earned to comfortably win the event over Throssell (4:10.95).

Bond Swimming Club’s Cameron McEvoy was in action, albeit without the fireworks that surrounded his performance from Aussie Nationals in April, which produced the textile world record in the men’s 100m freestyle (47.04) Instead, McEvoy got the job done in the event this week in a time of 49.18, defeating James Roberts and Thomas Fraser-Holmes who finished with silver and bronze in times of 49.51 and 49.71, respectively.

An eye-opening swim was thrown down, however, by 15-year-old Kaylee McKeown, the USC Spartans swimmer who continues to impress across the backstroke discipline.  McKeown already owns the Australian age record for 14-year-olds in the 200m back (2:09.60) and she is well on her way to threatening Minna Atherton’s 15-year-old age records. In Queensland this week, McKeown checked in with the 4th fastest 200m backstroke of her young career, a mark of 2:11.08 a time which won the event by over 3 seconds.

I think the next big thing tho might be Jack Cartwright. Didn’t swim the 100 or 200 free here but did compete in some events pb in each one

Another is Louis Townsend who has some versatility with 1:01 100 breast here and a 1:47 200 free earlier in the year at the junior pan pacs

Thomas Hauck looks promising broke the aust 13 age group 200 free record by 2.5 seconds and was only .3 seconds off of Kyle Chalmers 100 free record

And Zac Stubblety-Cook tearing up both breaststrokes in both age group and open! 1st, 1st, 1st, and 3rd. Way to go Zac, SWIM DIFFERENT!

Don’t forget about Elijah Winnington. He’s one for the future for sure!