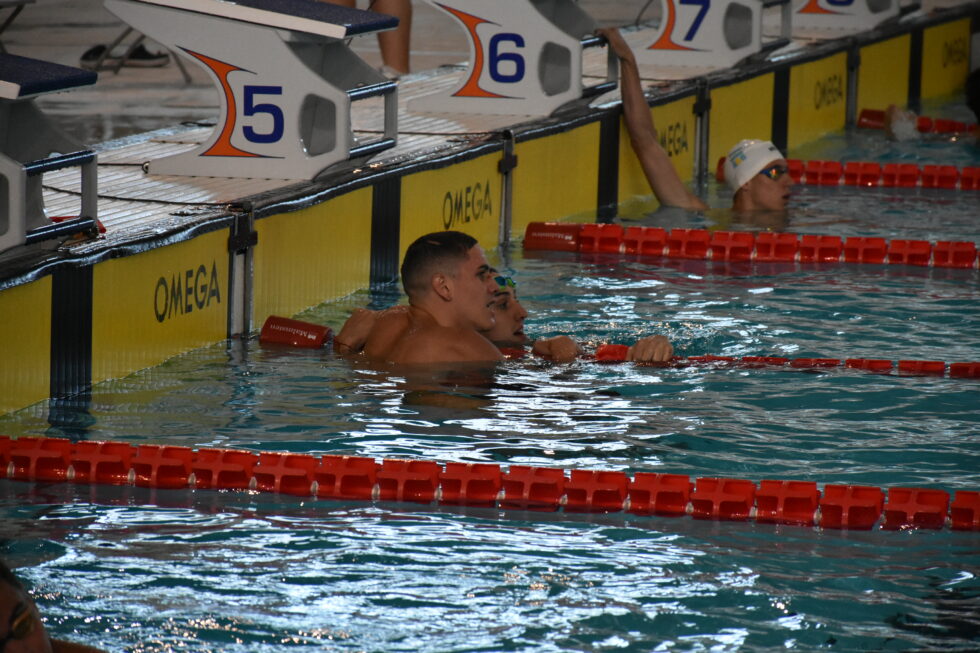 Juan Ignacio Mendez (above) re-broke his own Argentina Record in the 200 back this week at the country's second selection meet for the South American Championships. Current photo via CADDA

Bruno Fratus has gotten under the FINA A cut with a 21.73 50 freestyle, bringing him one step closer to Olympic qualification.

Brandonn Almeida on the Importance of Finding Happiness in Your Swimming

Almeida takes us through the bulk of his career, including his experience at a home Olympics in 2016 and competing in the NCAA at South Carolina

The ISCA Senior Cup wraps up today. Both Farida Osman and Caeleb Dressel are seeking their fourth event wins of the meet.

Brazil is expected to send 2, and South Africa 4, to the final open water Olympic qualifying event in May in Fukuoka, Japan. Above: Guilherme Costa,

Argentina’s Second National Selection Meet, a selection event for the upcoming South American Championships, was held this week in Buenos Aires, with a pair of National Records going down on Wednesday.

Mendez has represented his country internationally several times, including at the 2017 World Junior Championships, 2018 Youth Olympics, and 2019 World University Games.

The second National Record of the day was swum by 26-year old Macarena Ceballos, who won the women’s 100 fly in 1:00.51. That took almost half-a-second off the old National Record of 1:00.93 that was set by Virginia Bardach in 2016. Bardach, one of the country’s most celebrated swimmers, won 3 medals at the 2019 Pan American Games including gold in the 200 fly.

Many of the country’s biggest names, including for example the aforementioned Bardach and breaststroker Julia Sebastian, were absent from this second test. The country’s top distance swimmer, triple Pan American Games champion Delfina Pignatiello, did race, however, coming away with victories in the 400 free (4:15.51), 800 free (8:39.78), and 1500 free (15:40.96). All three swims were substantially slower than her National Records in those events.

The 2021 South American Swimming Championships are the delayed edition of the 2020 championships that were due to start just as the world was beginning to feel the crush of the coronavirus pandemic. The rescheduled event will take place in Buenos Aires from March 14-19 and include open water, diving, swimming, artistic swimming, and water polo competitions.

At the last edition of the South American Swimming Championships in 2018 in Peru, Brazil topped the medals table with 27 gold, 18 silver, and 7 bronze. Argentina was 2nd with 11 gold, 17 silver, and 16 bronze medals.

Many of the absent swimmers train in Brazil (Like Sebastian) so they can´t travel and also Argentina accepts Brazil trials as a selection meet.